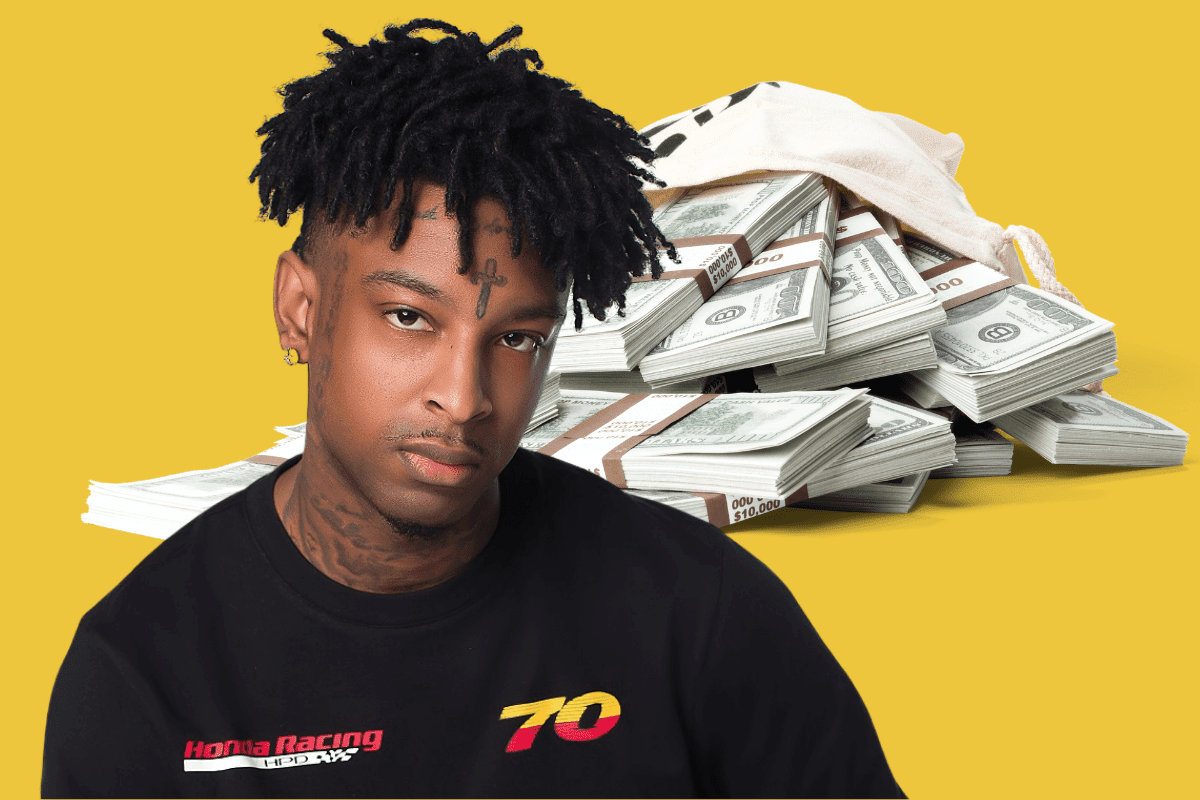 21 Savage is part of an elite group of rappers who own their masters and he’s been reaping the benefits.

The Atlanta rapper recently appeared on Gillie Da King and Wallo’s “Million Dollaz Worth Of Game” podcast where he elaborated on the deal he made with Epic Records back in 2017. He revealed that he has a 70/30 deal with Epic and unlike most recording artists, earns more money selling albums than touring.

“I had a platinum album before I signed my [first] deal. I own my masters right now. Every song you’ve ever heard me on, I own it. I got a 70/30 split with my label. I get 70, they get 30. I make more money off my album sales than I do off touring. A lot of rappers, most of their money comes from touring.”

He explained he learned his lessons from the OGs mistakes and said, “It was just seeing sh*t, watching interviews, watching ni**as speak on how they can’t get their music in this movie because somebody else on it.”

The Slaughter gang rapper described watching his peers sign deals they shouldn’t have because they lacked leverage whereas, “I waited ’til I had enough leverage to go in there and say, ‘Ay, I want this much money for this album. I’m giving y’all this much and I’m keeping all this.’”

21 said that he would contemplate selling his masters, but for a cool billion dollars, recognizing the value in passing them down to accumulate generational wealth.

Since signing the deal with Epic in 20017 that granted him one hundred percent ownership of his master recordings, 21 has released four hugely successful projects under the label. He has two platinum albums, 2017’s “Issa Album” and 2018’s “I Am > I Was,” and earned 11 platinum-certified singles as a lead artist.