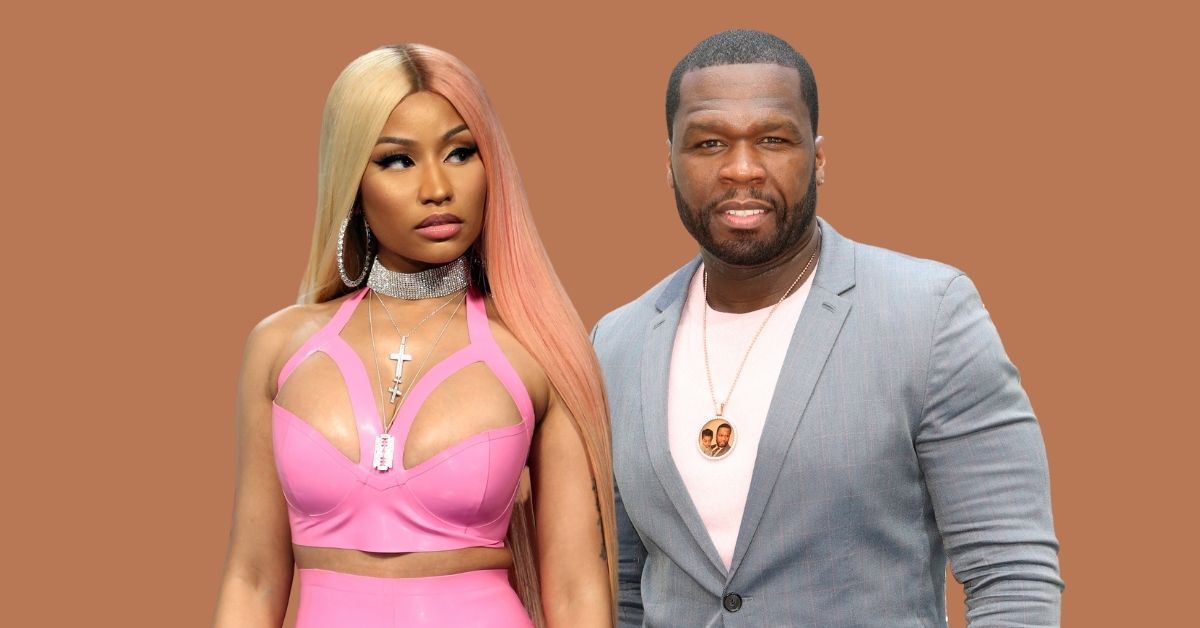 50 Cent respects his fellow Queens native Nicki Minaj and could even see himself doing a romantic comedy with her.

Both rappers are known to dabble in acting (the South Jamaica king a little more) and probably would light the screen up.

But 50 thinks it’s a little more than her acting chops that would make her the ideal romantic opposite.

On Jalen Rose’s Renaissance Man Podcast the athlete-turned-host asked his rapper-turned-actor guest, “Would you ever do a romantic comedy and who would you do a love scene with?”

50 said he thought that he and Minaj would have crazy on-screen chemistry. The BMF executive producer explained, “I kind of understand her a little bit more than the other people.”

Of course, 50 is looking. They have the same spirit animal or creature … it is called a troll. (Get it cause they be trolling)

“She’s tougher,” he shares knowing that he relates to her Teflon personality. “When she’s being an a######, [its] because she’s telling you, you’re not going to take advantage of her.”

“She’s going, ‘Don’t play with me’ before you play with her,” he breaks down.

50 Cent, whose real name is Curtis Jackson, is clearly fond of the Barbie queen … and her son who just turned one today. Earlier this year, he posted her son on his Instagram.

He captioned, “look at them cheeks, we got another winner I would say south side but this baby rich. look at him i think he know he rich already.”

“Y’all can call him Papa Bear but I’m calling him Richie Rich,” he added.

Nicki answered 50 in the comments, “I know u bout to have another one real soon.”

He quipped, “Why not nicki somebody gotta take over when we done.”

Until then, 50 you got the paper, let’s get this romcom up and going.