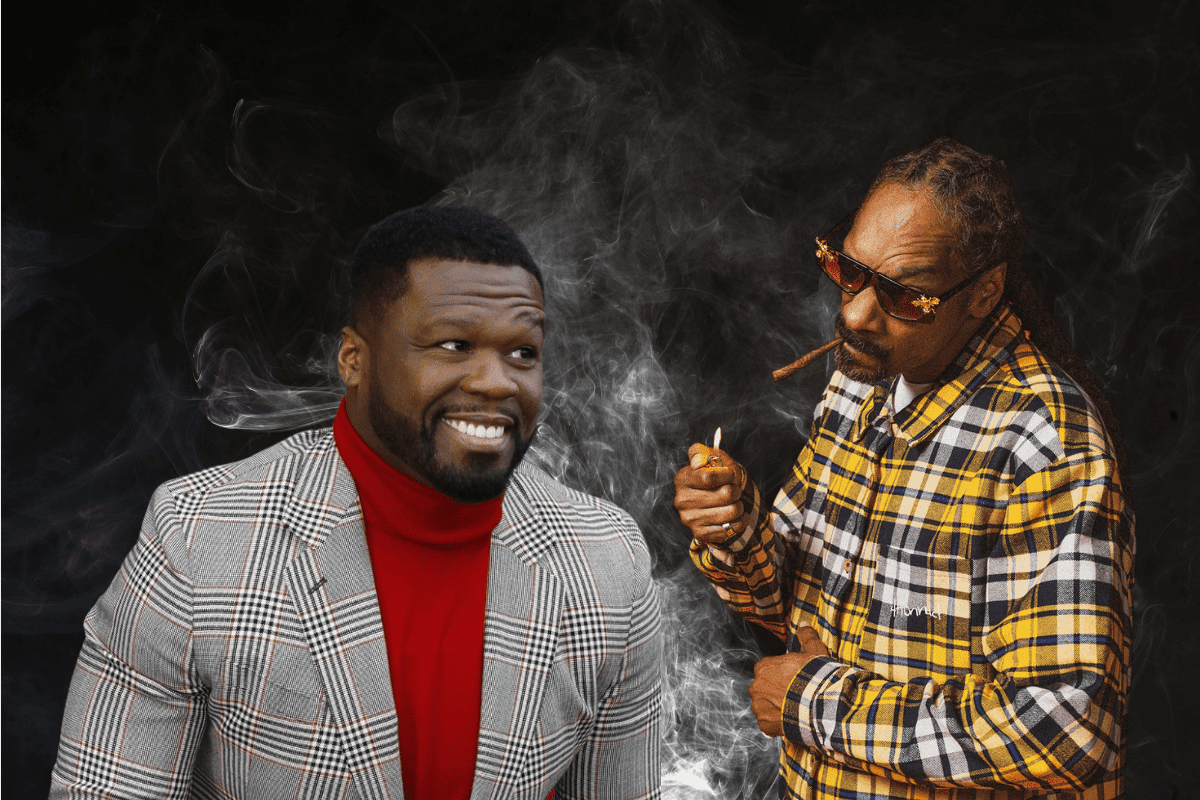 “Let us all pray God, grant me the SERENITY to accept the things I can not change, the COURAGE to change the things I can, and the WISDOM to know the difference,” 50 said in the caption before getting to the jokes. “BECAUSE @snoopdogg is not gonna stop smoking weed. LOL BMF tonight! GreenLight Gang @bransoncognac @lecheminduroi.”

Last month during an appearance on “Jimmy Kimmel Live” 50 Cent spoke about his attempts to convince the well knownto stop smoking on-set. “He did his thing,” Fif said after acting as director to Snoop’s scenes. “You can’t get him to stop smoking weed. I went to the trailer. I was like, ‘Can you chill? Can you chill?’ He was like, ‘Get outta here man! No, it’s legal 50! It’s legal!”

“He was really conflicted with me asking him not to smoke weed,” Fif continued, joking, “He was like, ‘Why you wanna mess up my day?’”

The multi-media mogul could have ended up playing the role of Pastor Swift himself but he was too busy working on “Raising Kanan.” I knew I had to market this whilst also doing promotional stuff for Raising Kanan which I did a voiceover for, and I didn’t want that to be in people’s minds when I reappeared in ‘BMF’,” 50 Cent explained. It seems like it was a good move as Snoop’s pimp-like Pastor stole the show!

Check out some of the responses to Snoop Dogg’s Pastor Swift on Twitter below.