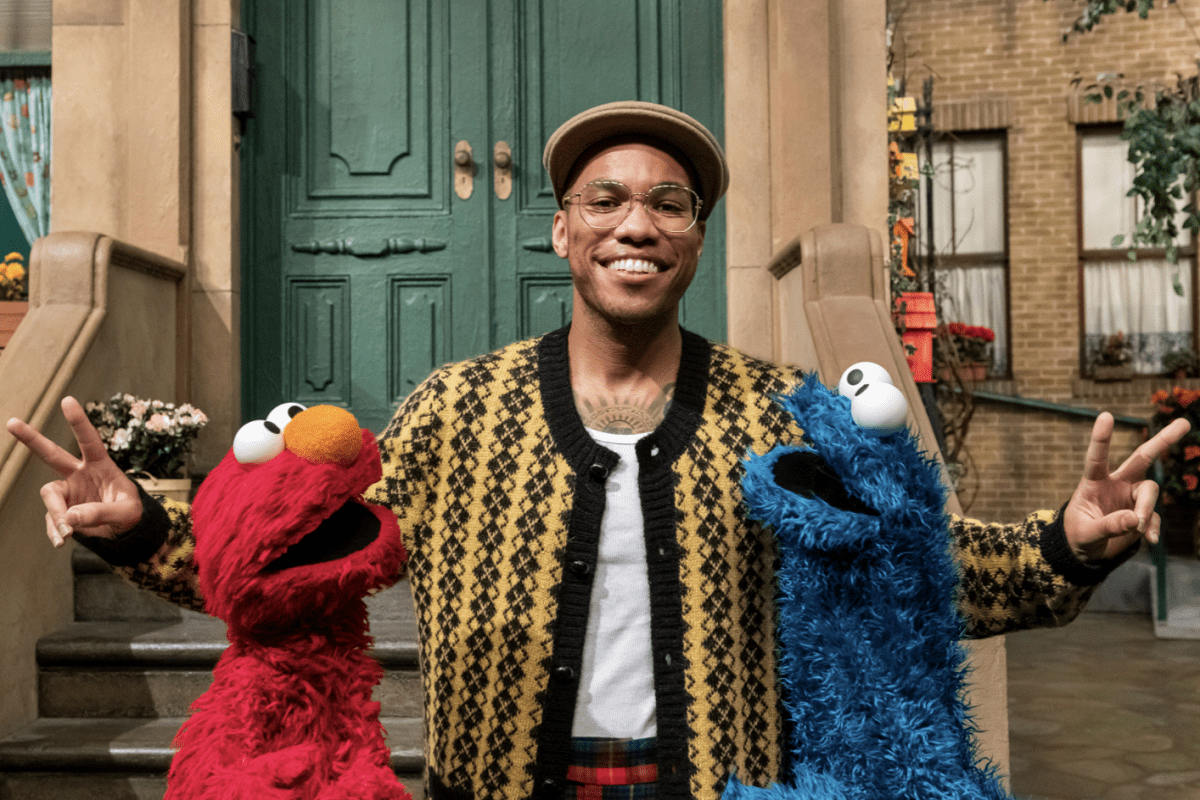 In addition to that internet craze, the Sesame Street world and the Hip Hop world recently came together. Elmo, along with Cookie Monster, connected with rapper/singer Anderson .Paak for a segment on the HBO Max show.

Anderson .Paak, Elmo, and Cookie Monster united to help inform the young viewers of Sesame Street about different holidays. The Silk Sonic member and the colored puppets presented the “What is a Holiday?” song.

Elmo’s rivalry with Rocco took over the internet as social media users weighed in on the celebrity feud of the year so far. A clip showing Elmo and Zoe’s dispute over an oatmeal raisin cookie spread across TikTok, Twitter, and Instagram.

Even Dwayne “The Rock” Johnson responded to another one of Elmo’s tweets where the three-and-a-half-year-old Elmo’s World star asked if anyone has ever seen a rock eat a cookie. Johnson responded, “Yes, my friend. This Rock devours cookies. All kinds of cookies.”