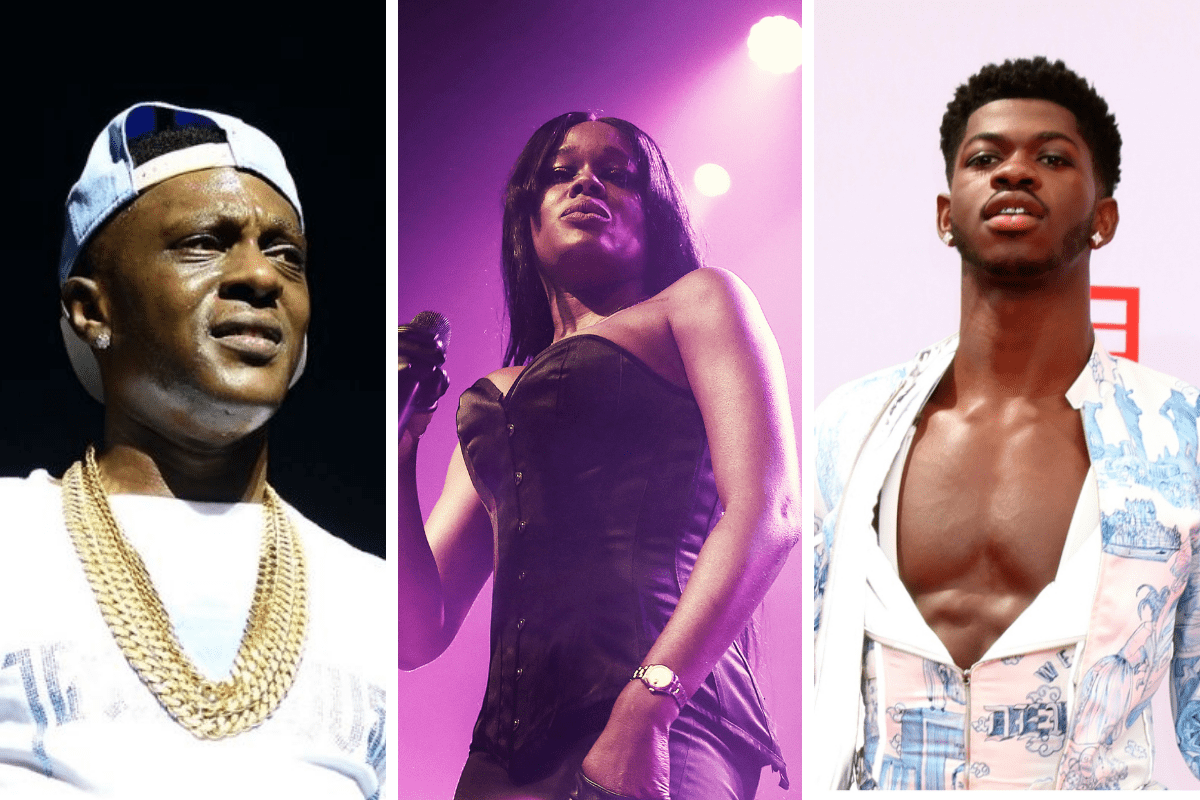 Boosie has received some heavy internet backlash after his most recent homophobic comments directed towards Lil Nas X.

He had been going at X for months, unable to deal with the “Montero” rappers’ openness regarding his sexuality. Boosie was vilified widely after his last round of remarks, now Azealia Banks has made her views known, and she did not hold back.

Now, in a series of posts, she calls out both Boosie and Dave Chappelle, branding them “highkey embarrassing.”

“Dave chappelle is also about four years late to the transphobia outrage attention grab. And Lil boosie gets no extra streets cred for antagonizing a young black kid for who he chooses to love,” wrote Banks on her Instagram Stories. “Lil nas x is not the catalyst for the generational debris left behind from centuries of psychological terrorism and the sexual exploitation of black men AND women on southern plantations via forced slave breeding/buckbreaking/bed wenching.”

Lil Nas X Is Not Responsible For Your State Of Mind

She continued adding that Lil Nas X didn’t invent “systemic oppression thru food apartheid, anti-literacy laws and the for profit prison industrial complex.” She added X is not responsible for those who continue to value those trappings and wear their “trauma & oppression as a badge of honor.”

“The fact that you have the confidence to publicly suggest he kill himself for living a life free of all the things that have completely obliterated your ability to see yourself as anything other than a ward of the state is absolutely heartbreaking.”

Then Azealia added that those with that mentality are “on your way to becoming a felon.”

She continued: “There’s a lot of corporate money invested in clandestinely and insidiously putting yoou and other black men n situations to trap you. It’s the hip-hop to prison pipeline. This is how they make their money. And keep you out of power.”

She added her belief that Chappelle is “more than obviously attracted to transwomen. And that is okay!” She ended with “Life is short, explore!”