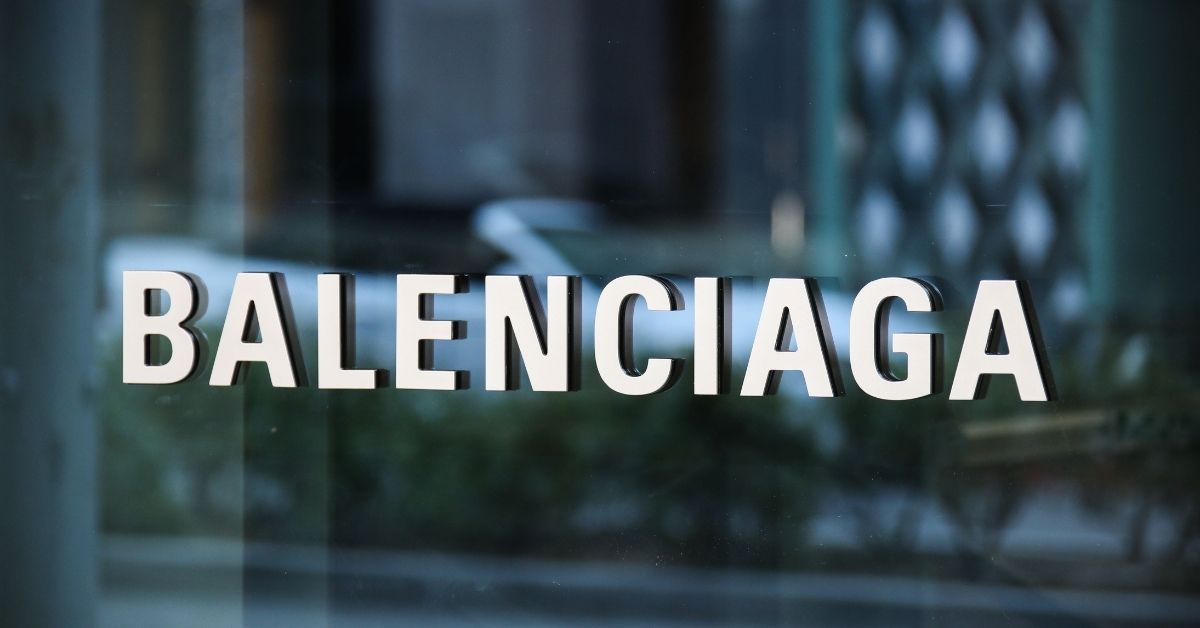 Balenciaga is accused of offending the Black community by perpetuating a negative fashion stereotype.

For over $1000, they are selling designer sweatpants with the boxer elastic band stitch on the top. Ordinarily, it sounds like a bold design choice, however, many are saying that it is classic cultural appropriation, mimicking Black and Brown boys in the hood that sag their pants.

The sweatpants are called said that her concern was that the item was clearly a poorly thought-out design that was created as a money grab. She says it was a play on “Black culture with the hopes of securing major profits.”

She further stated that the style has “been used to criminalize Blacks, especially Black males as thugs and a threat to American society.”

In a statement to CNN, the author of “Cultural Appropriation as ‘Agency Reduction”’ further stated, “Balenciaga men’s Trompe-L’Oeil sweatpants in red triggers immediate concern given the grotesque similarity to the iconic African American hip hop aesthetic worn by Black Americans for decades that has resulted in the imprisonment and death of Black men.”

“The trousers have commercial cultural appropriation written all over them; branded with the name Balenciaga,” she continued.

The chief marketing officer for Balenciaga, Ludivine Pont shared the company’s corporate statement on the item, “In many of our collections, we combine different wardrobe pieces into a single garment, such as denim jeans layered over tracksuit pants, cargo shorts merged with jeans and button-up shirts layered over t-shirts.”

He didn’t see the problem, despite the social media pushback.

HighestPriestess🧖🏾‍♀️💫🌻
@loveKase24
Black men being discriminated against and devalued for sagging pants and Balenciaga is profiting off the style. Crazy how it’s ghetto until they put a price on it https://t.co/ujjFkHfYnt 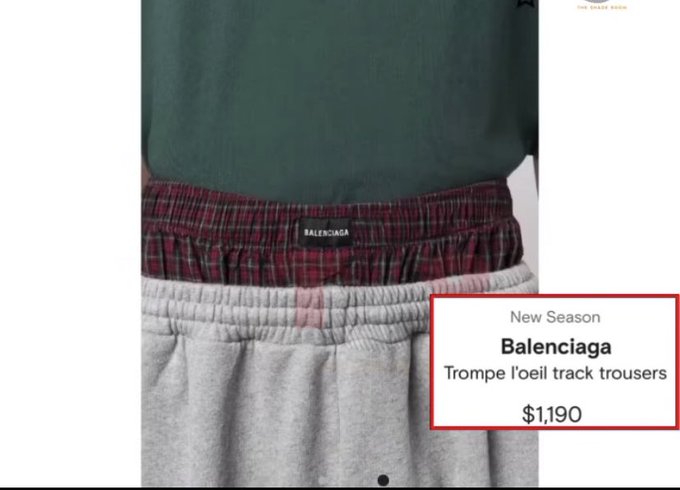 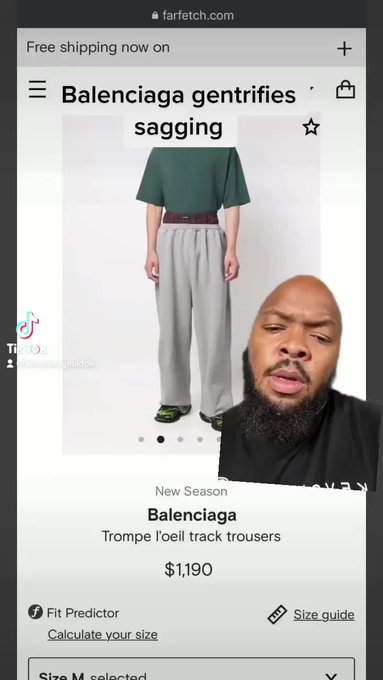 The sagging pants craze was outlawed in Louisiana from 2007 to 2019. 96% of the arrest for this crime were Black men according to the Shreveport Times. The website pulled its research from police records.