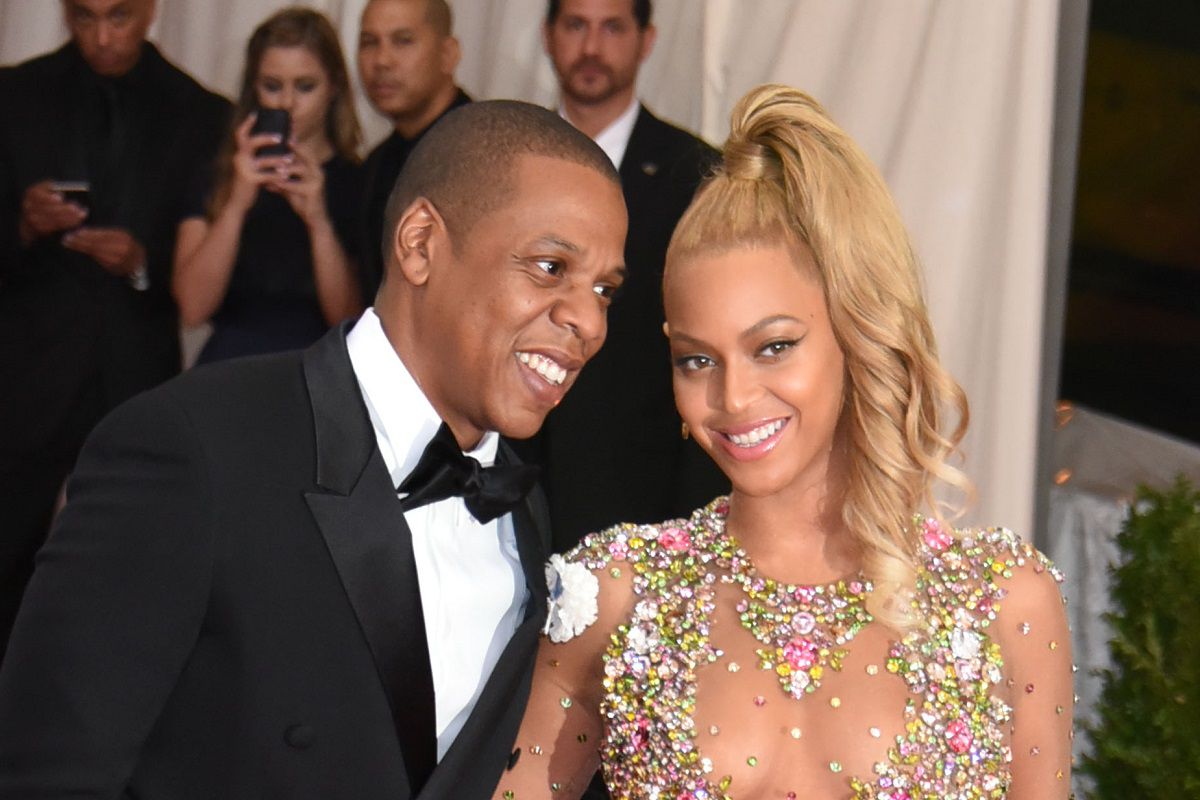 What would the painter Jean-Michel Basquiat feel about Jay-Z and Beyoncé partnering with Tiffany’s & Co and using his artwork Equals Pi as a promotional backdrop?

His friends think that he would have been offended.

According to The Daily Beast, people close to the Haitian artist share that he was never impressed by people with money and the various accouterments that come with wealth.

He most certainly was not thinking about Tiffany’s, nor the color that they have trademarked as their own when he created the masterpiece.

One anonymous friend spoke to the publication and shared, “Let’s say he did reference that color on purpose—which seems out of character for him to do something that simple—I think it really flattens his artistic approach. He was a really deep thinker. His work wasn’t like, this symbolizes this. Everything references something but then it tells a story of that thing. But let’s say he did though… to use it in an ad, it wouldn’t have been the context. It wouldn’t be used to sell Tiffany’s but to say something critical, maybe about blood diamond-extraction or something. I just think it’s a reach.”

Another friend, Alexis Adler, who once lived with Basquiat in 1979 and 1980, said, “I’d seen the ad a couple days ago and I was horrified.”

Adler further noted that “the commercialization and commodification of Jean and his art at this point—it’s really not what Jean was about.”

“Unfortunately, the museums came to Jean’s art late, so most of his art is in private hands and people don’t get to see that art except for the shows. Why show it as a prop to an ad?” Adler questions. “Loan it out to a museum. In a time where there were very few Black artists represented in Western museums, that was his goal: to get to a museum.”

Another friend, Al Diaz, objects to Equals Pi being hung up in Tiffany’s celebrated flagship boutique on Fifth Avenue.

He said, “People think that his association with luxury was because he was impressed with that s###, but he couldn’t care less.”

“It’s not just about wearing an Armani suit. If he wore it, it’s because he could buy it and f### it up, it wasn’t because the stitches were fabulous or well-made,” he continued. He would know. He worked with Basquiat back in the day as a teen. The two came up with the graffiti tag line called SAMO .

He also believes the principles that Basquiat represented are not accessible for the intended audience.

It’s lost in translation,” Diaz informs. “People won’t see the depth. At this point, the only people that could afford a Basquiat are people he was targeting. Like, you’re the oppressor. They buy it out so that it becomes meaningless.”

Even Jay-Z, who has said that he owns a Basquiat and was tone-deaf to the community push back on the ad, seems not to understand the truth behind his work — appreciating it because it’s a real signature of wealth.

However, it was Basquiat’s assistant Stephen Tortan, who took to social media, that places everything in context.

“I was Jean Michel Basquiat’s assistant. I designed and built stretchers, painted backgrounds, glued drawings down on canvas, chauffeured, traveled extensively, spoke freely about many topics and worked endless hours side by side in silence. The idea that this blue background, which I mixed and applied was in any way related to Tiffany Blue is so absurd that at first I chose not to comment,” he wrote.

Tortan continued on his Instagram, “But this very perverse appropriation of the artist’s inspiration is too much. « They » tortured his legacy with condescending b####### in The LV show in Paris. Check out the incoherent, inaccurate gibberish on the audio tour if still available. That « They » speculate and monetize, commercialize and manipulate every manifestation of this rebellious genius is not to my taste but that is the game. But leave deciphering his message to those who know or leave it alone . #shameonyouLV.
#righthistorybeforehistorywritesyou #tortonslist #renericard #brunobischofberger #diegocortez”

Stephen Tortan told The Daily Beast, “They wouldn’t have let Jean-Michel into a Tiffany’s if he wanted to use the bathroom, or, if he went to buy an engagement ring and pulled a wad of cash out of his pocket. We couldn’t even get a cab.”