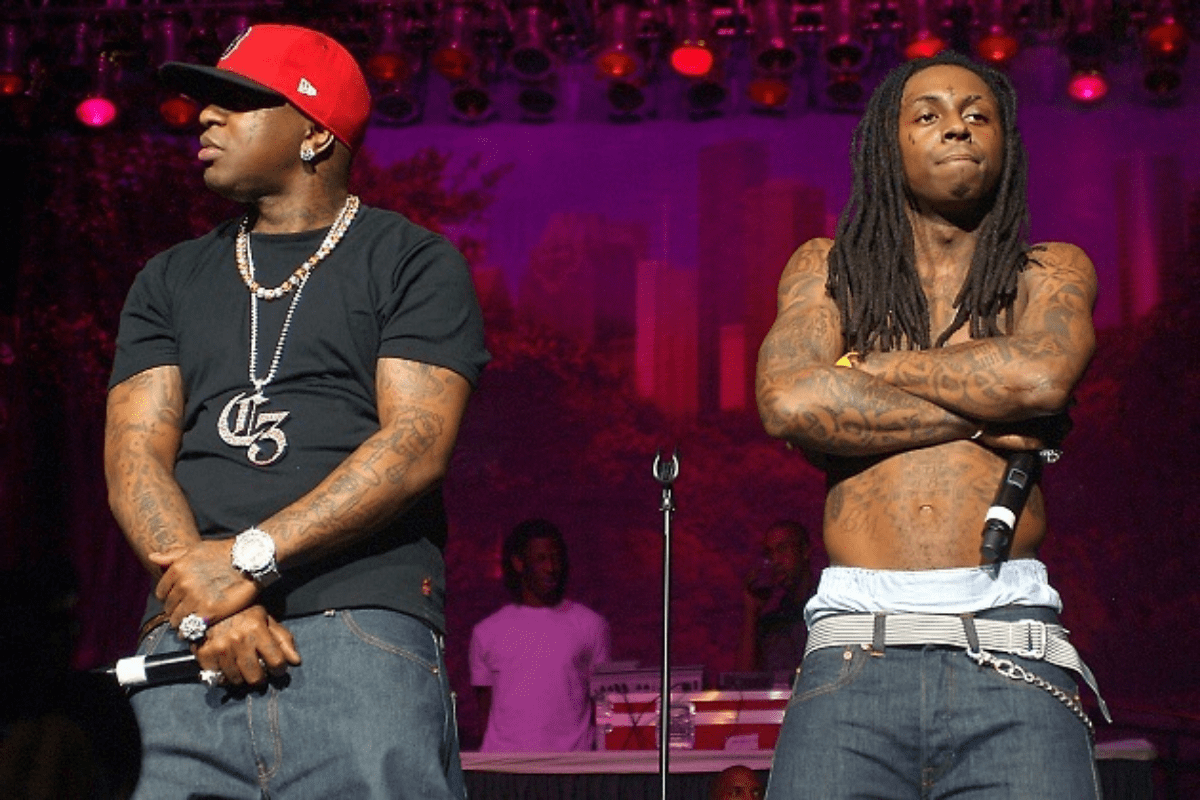 Rumors have abounded ever since THAT photo of Birdman kissing protégé Lil Wayne on the lips surfaced more than twenty ago.

The Cash Money Records CEO sat down for an interview with REVOLT TV’s “Big Facts podcast.” The segment where he addressed the infamous kiss has gone viral. Asked why he did it, Birdman responded “First of all, my own son, I would kiss him. I always looked at Wayne as my son and I always looked at it like, ’cause I was in the streets, and I thought this might be the last time he ever see me,” he continued.

“Cause I was living like that. That’s what that s### really started from ’cause I thought that every night I leave, I might not ever come back. And I always today look at Wayne as my child. I was his father when he didn’t have a father since he was nine years old. And I love him like my own and I’d give my life for him and I’d take a life for him.”

Birdman was also asked who could compete against Lil Wayne in a “Verzuz” battle. “Himself, Wayne versus Tunechi,” he replied. “He got too much s### going on, nobody could touch that. Come on, brother, this is Tunechi. This n***ga had 100 singles in one year. He passed Elvis in one year. 100 songs on Billboard, so I don’t think an individual could top that. I’m talking about 100 hit songs. The work Wayne put into it, I wouldn’t even play with that s###.”

The Cash Money boss was asked to address the allegations of him scamming his artists.

“I don’t get my feelings in it, but I ain’t never took from no n***a,” he said. “I always bless n****s. I had some incidents early on because I was really young in this s###. I ain’t know no better. But, any problem I had I cleared it up. I paid my n***a. Remember because I was young. I’m telling you 20 years old. So, a lot of s### happened early on, I just ain’t know. And I’m with these white folks and they not attending to the business.”

Apparently referring to the very public dispute he’s had with Lil Wayne Birdman said, “Any problem from my son on down, and I gave him 50 million, I cleared it up.”

He goes on to detail the label and publishing issues between them and also talks about his regret at not signing Kanye West when he had the chance.

Watch the full interview with Birdman below.