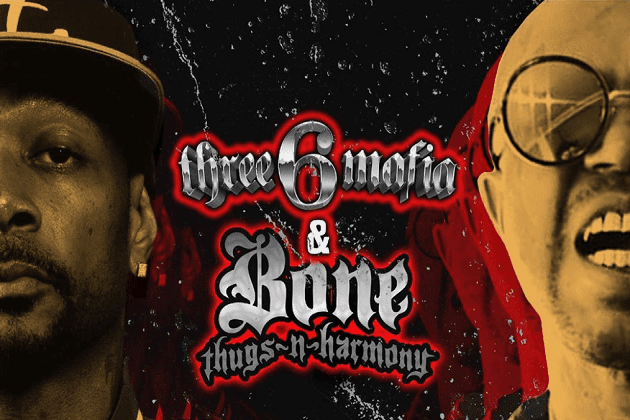 The team over at Verzuz and Triller has announced the next mega match-up. On Saturday, November 13, they revealed that the upcoming back and forth will be between Bone Thugs-N-Harmony and Three 6 Mafia, in what will be the battle of the “Triplet Originators.”

Both groups are worthy of celebration and have been on deck to compete.

WHO WILL BE THE TRIPLET KINGS? CHECK OUT THIS MINI-DOC THAT SHOWS HOW THIS FLOW HAS EVOLVED OVER THE YEARS!

According to Billboard, Bone Thugs-N-Harmony and Three 6 Mafia was originally scheduled for April 30.

The Cleveland-based group, brought to the world by Eazy E in the mid-90s can boast 14 hits on the Billboard charts including their 1994 breakout single, “Thuggish Ruggish Bone,” and the 1996 memorial to their aforementioned mentor, “Tha Crossroads.”

Team Bone posted the flyer with the following cryptic message of five bones: “🦴🦴🦴🦴🦴”

Could this mean that all of the original group, Bizzy Bone; Krayzie Bone, Layzie; Flesh-n-Bone, and Wish Bone will all be in attendance for the bout?

The Memphis-based group, which was the first Hip-Hop group to win an Oscar for their music, has also had their fair share of hits on Billboard.

They promoted the battle by captioning the date and asking the one question everyone wants to know, “YOU READY MANE!!!”

Mixing the Midwest and the Dirty South, this is surely one Verzuz that will be turned all the way up.