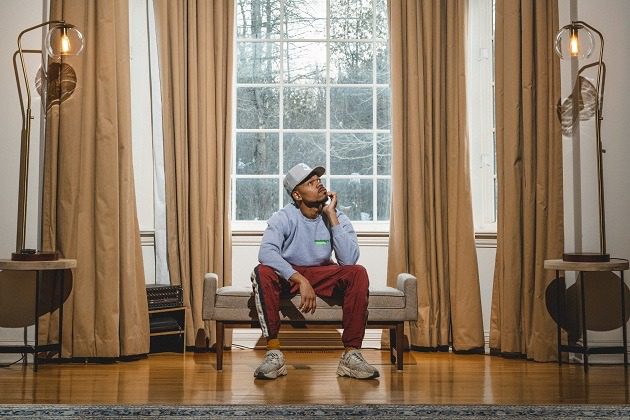 Last year, Chance The Rapper made it back into the Top 10 of the Hot 100 chart as a guest feature on Justin Bieber’s “Holy” single. Chance also teamed with Jeremih for Merry Christmas Lil Mama: The Gift That Keeps On Giving.

The Chicago-bred, Grammy-winning musician returned this week with the new song “The Heart & The Tongue.” A music video for the track was also uploaded to YouTube on Friday. Chance made his solo directorial debut with the visuals.

“I’m proud to be releasing new music again and even prouder to be honing my film skills, and getting better behind the camera,” states Chance The Rapper. “The Heart & The Tongue” was shot at the House of Kicks music and film studio in his hometown.

In December, the 27-year-old wordsmith partnered with Facebook’s Oculus Venues to present the special Chi-Town Christmas virtual concert film which Chance also directed. He adds, “My favorite thing in the world is performing – but I do really think that virtual concerts are the future.”