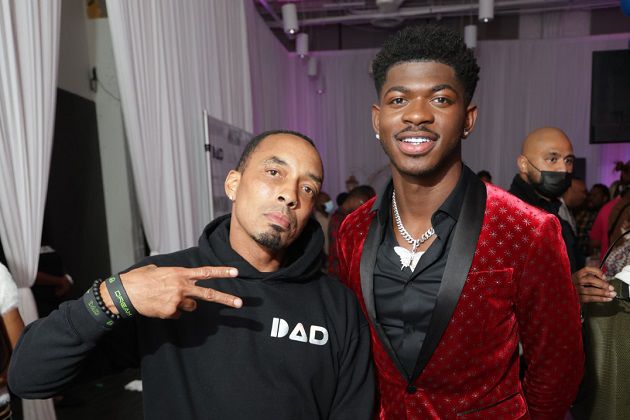 The 22-year-old rapper had another reason to celebrate on Wednesday. Grammy-winning producer Dallas Austin and the Gilead COMPASS Initiative hosted a private event in Atlanta for Lil Nas X.

“Through the Gilead COMPASS Initiative, we provide funding to support local community organizations working to end the HIV epidemic in the Southern United States,” says Dr. Shanell L. McGoy, Director, Public Affairs of Gilead Sciences, Inc. “Collaboration with partners to raise awareness about HIV and dismantle stigma is an essential part of the initiative. Lil Nas X is a fierce advocate and we are grateful that he continues to use his platform to raise awareness and change the public perception of HIV.”

McGoy adds, “Empowering new leaders to reach members of their communities was one of the main reasons we started the Gilead COMPASS Initiative® three years ago. Thrive SS and other partners throughout the U.S. South are making real progress dismantling HIV stigma in their communities.”

In addition, Mardrequs Harris of The Southern AIDS Coalition organized a choir performance of songs from Lil Nas X’s Montero album at the party. The entire choir was made up of LGBTQ community members, allies, and faith leaders. Each choir singer wore purple in honor of GLAAD’s #SpiritDay on October 21.

“I would want to make sure they know that Lil Nas X is a part of the movement in the Atlanta music scene,” says Dallas Austin. “The scene is ever-growing and progressing with a community of creative people that push the envelope and that’s what we’re doing.”

Atlanta Councilman Antonio Brown was at The Gathering Spot event to proclaim October 20 as “Lil Nas X Day” in the city. LNX also stopped by Ponce De Leon Center to meet with youth and families affected by HIV and to learn about the advancements being made to treat and cure the virus.

Lil Nas X will appear at the State Farm Arena for the opening night game for the Atlanta Hawks on October 21. The former Lithia Springs High School student is taking over billboards across Atlanta as well.