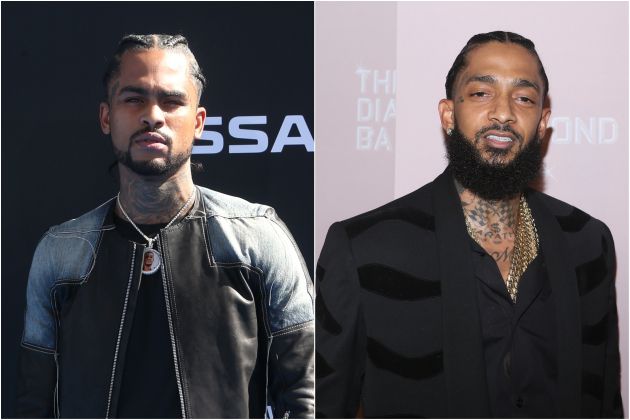 Dave East is helping to keep the legacy of Nipsey Hussle alive more than two years after his tragic death. The rapper-turned-actor is following in his friend’s footsteps and has purchased a storefront in his native Harlem.

East shared the news with his followers via Instagram on Tuesday (Nov. 30). He posted a photo of himself holding up the keys to the property from inside the store. Followers of Dave East were also given a mini-tour of what looks to be an old convenience store.

“Bought My First Store Today,” he wrote in the caption. “I Told Nipsey He Laid The Blueprint For Real Ones Everywhere. Wish Shooter Could See This S###. Coming Soon 2022 Couldn’t Have Made This Happen Without @queenofharlem The Realest!!!”

Notably, Dave East shouted out his real estate agent Michelle Smalls who claims she saved him a cool $70k on the property. She also shared additional footage from East surveying his new purchase, inspecting the contents inside. It is unclear he is planning for the place, but he was informed the fridges work and are included in the deal.

“Thank you @daveeast for trusting me with your real estate needs. You kept it 100 and in return i saved you 70k,” Smalls wrote. “So proud of you . Time to buy the block .”

Dave was a friend and collaborator to Nipsey Hussle and has often spoken about how inspired he was by the visionary rapper. Last year, Dave East recalled the start of his friendship with Nip on an episode of “Drink Champs.”

“When I met Nip, everybody that was with me grew up with him. I met him in L.A., I met him off Crenshaw and Slauson in his parking lot right where that happened…” he said. “I called him. I said, ‘I’m in L.A.’ He said, ‘Go to the store.’ I just had Kairi, he said, ‘I’ma get you and your daughter a package together. Just go over there.’ At this time, Fatts was in the store. Rest in peace Fatts, that was his left-hand man. Fatts got me together, got me all kind of Crenshaw s**t for my moms, my daughter. Nip pulled up and from that day on, we were locked in.”