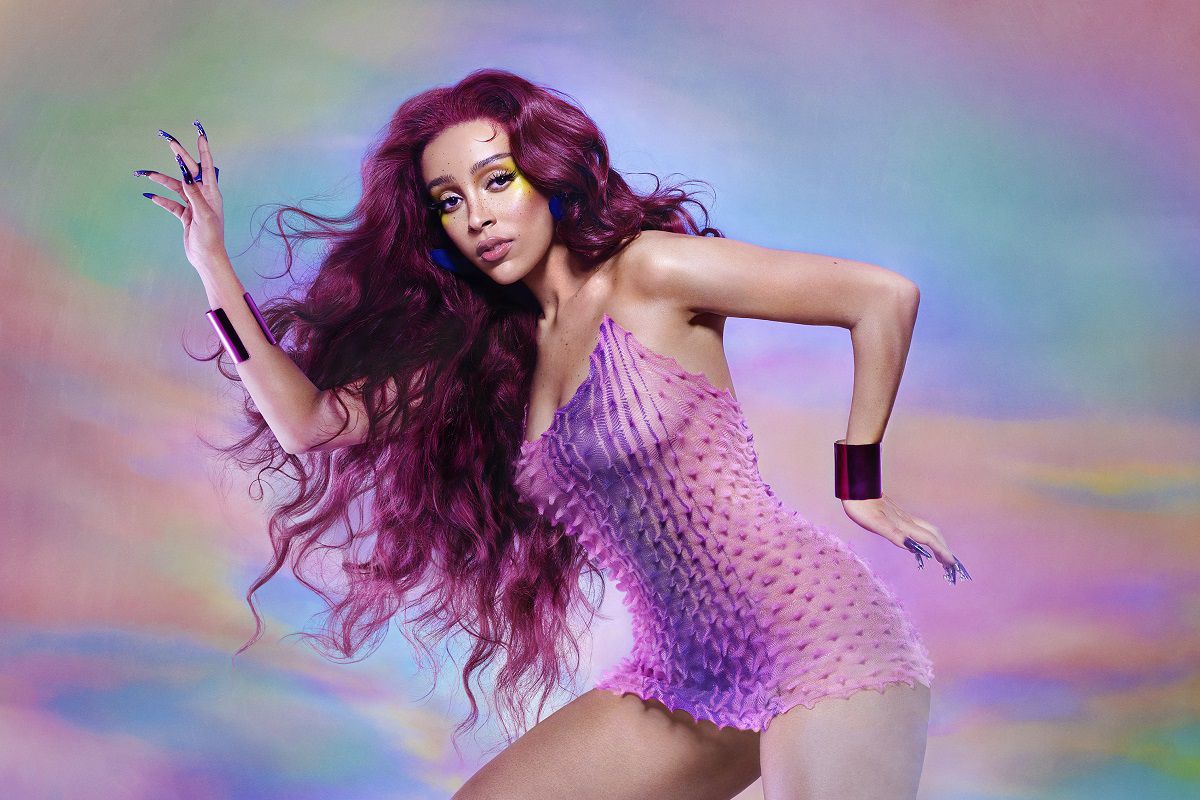 In addition to Planet Her arriving on Friday, Doja Cat released a music video for The Weeknd-assisted “You Right” single. The Quentin Deronzier-directed visuals are currently trending at #11 in the YouTube music section.

“You Right” follows the lead single “Kiss Me More” featuring SZA and the promotional single “Need to Know.” Doja Cat and SZA’s “Kiss Me More” presently holds the #4 position on Billboard‘s Hot 100 chart.

YOU RIGHT
@DojaCat
We’re about to blast off to PLANET HER – Preview snippets of my new album HERE 🪐
https://t.co/VML4q8lJav https://t.co/ioMORThguA

Planet Her is Doja Cat’s first full-length album since 2019’s Hot Pink. That project peaked at #9 on the Billboard 200 chart and has been certified Gold by the RIAA.

Hot Pink hosted the #1 song “Say So” as well as the viral hit “Streets.” The album played a role in Doja Cat earning three nominations, including a nod for Best New Artist, at the 63rd Annual Grammy Awards,

Over the last two years, Doja Cat has collaborated on songs with City Girls, Lil Wayne, Bebe Rexha, Chloe x Halle, Mulatto, Saweetie, Megan Thee Stallion, and others. Forbes named Doja to its 30 Under 30 list for 2020 along with Roddy Ricch, Lil Baby, Polo G, and other artists.