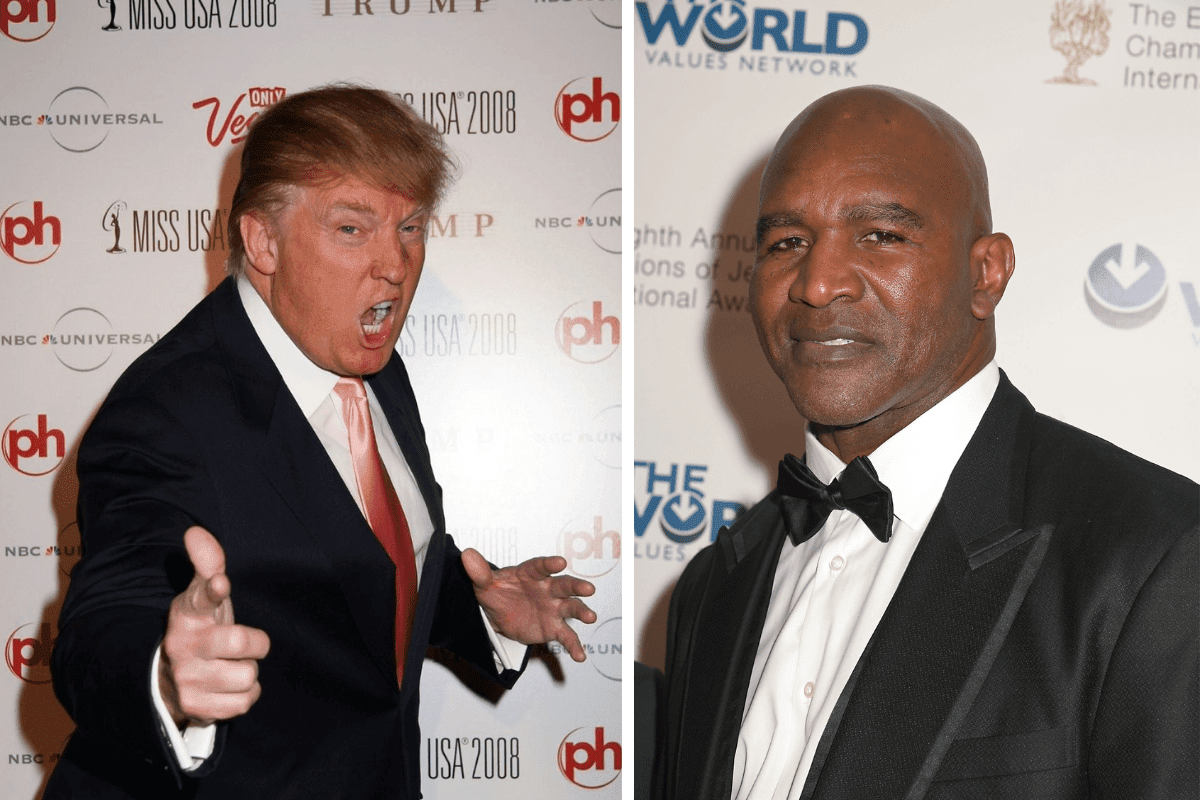 It was announced yesterday (Sept. 7) that former President Donald Trump will be hosting a boxing match between Evander Holyfield and Vitor Belfort.

The “The Triller Fight Club” event marks Holyfield’s comeback to the ring after an absence of over a decade. Ex-UFC champ Belfort was initially lined up to face Oscar De La Hoya in LA but the event was moved to Florida after De la Hoya contracted COVID-19.

Dubbed as “The most anticipated heavyweight card of the decade,” in the press release, Holyfield’s return to the ring will see Trump giving “No holds barred…unfiltered boxing commentary,” as well as taking on hosting duties.

“I love great fighters and great fights,” Trump stated in a Triller press release. “I look forward to seeing both this Saturday night and sharing my thoughts ringside. You won’t want to miss this special event.”

According to the press release, former Heavyweight UFC Champion Vitor “The Phenom” Belfort still holds the record for most knockouts in UFC history. The bout against the former champ marks only the second-ever professional boxing bout for Belfort after a 2006 debut.

Former UFC champions Anderson Silva and Tito Ortiz also switch disciplines and go head-to-head into the boxing ring. Ortiz was a very outspoken supporter of the former president before and during his time in office.

Also on the card are David Haye who makes his return against Joe Fournier and Andy Vences taking on Jono Carroll.

Meanwhile, it is being reported that Donald Trump is “99, 100 percent” likely to run for president in 2024. Back in May Politico reported that “Trump is confiding in allies that he intends to run again in 2024 with one contingency: that he still has a good bill of health.”

In an interview with controversial Conservative pundit, Candace Owens that same month Trump hinted that he would be running. “As you know, it’s very early,” Trump told Owens. “But I think people are going to be very, very happy when I make a certain announcement.”

Earlier this month Trump senior aide Jason Miller claimed the chances of Trump running in 2004 are “somewhere between 99 and 100 percent. I think he is definitely running in 2024.”