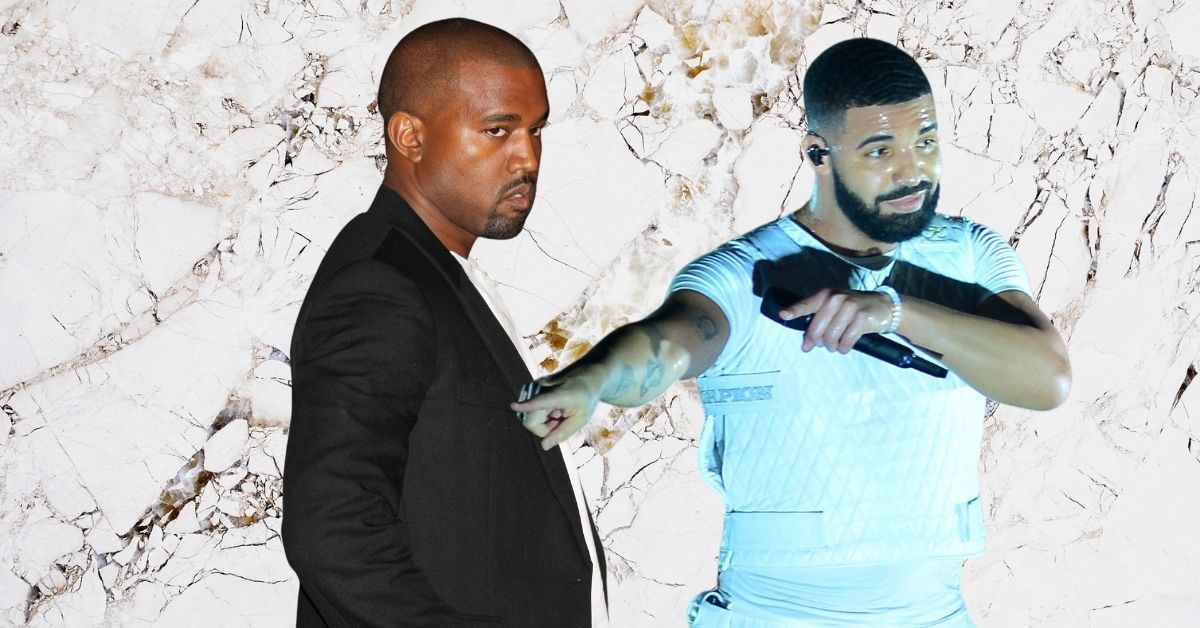 In lyrics from his song “7AM on Bridle Path,” the Champagne Papi blasted the man that has emerged as his musical rival for posting the address to his Toronto home.

He rapped, “Give that address to your driver, make it your destination / ’Stead of just a post out of desperation.”

In addition to that slight jab, he also noted that Kanye was busy checking for him and what he was doing, instead of worrying about making his project, the belabored and highly-anticipated Donda album, great.

Drake dropped in the song, “This me reachin’ the deepest state of my meditation, While you over there tryna impress the nation. Mind’s running’ wild with the speculation.”

Later he said, “Told you I’m aimin’ straight for the head, not aiming to please/ I could give a f### about who designing your sneakers and tees/ Have somebody put you on a Gildan, you play with my seed/ Trust me, there’s some s### you really gotta come see to believe.”

This is a direct reference to Kanye’s lucrative Yeezy collaboration with Adidas. Ironically, Drake has just dropped the design to his own lucrative deal with Nike.

Drizzy also called the “Jesus Walks” rapper “jealous,” stating that he used the media and their personal beef to gain attention.

“That’s why you buyin’ into the hype that the press feedin’ ya/You know the fourth level of jealousy is called media/ Isn’t that an ironic revelation?”

He also broke down how disingenuous for Kanye to act like he wanted to make peace, when all of his actions was to cause chaos.

“Why the f### we peacemakin’, doin’ the explanations/ If we just gon’ be right back in that b#### without hesitation? But let me digress on behalf of the association/ I’ll play it cool with you, then mark a n#### like Copenhagen.”

Bu Thiam said that they really did want peace, but if Drake dissed Kanye on his album, all bets are off.

Let’s see how this goes.