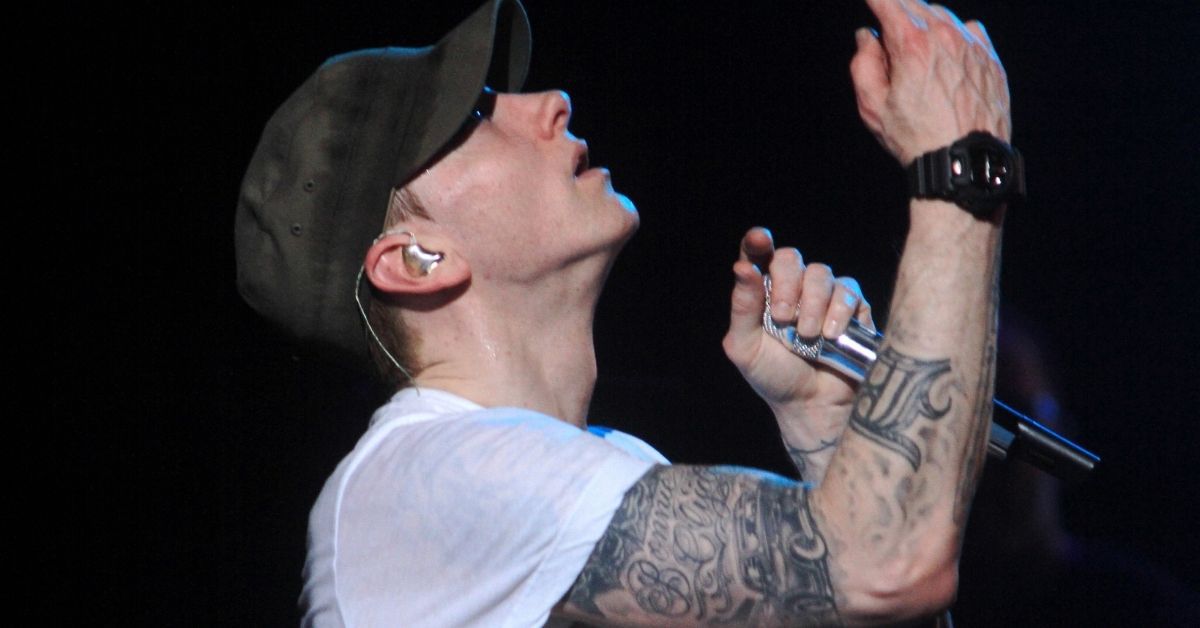 The wait is over! New music is on its way from Rap supergroup Mt. Westmore and the rollout was bolstered by some promotion from fellow legendary rapper, Eminem.

The Detroit rapper took to his socials to share a snippet of their video. Known to be a man of few words, outside of his raps, of course, he captioned the post simply, “@mount_westmore.”

The 30-second-long teaser clip features the group’s members in an out-of-this-world setting; showing scenes on a board spacecraft, an otherworldly looking planet, and a club with an assortment of aliens. While Ice Cube, Too $hort, and E-40 appear in pretty standard attire (Cube wearing trademark black shades and black knit beanie) Snoop is dressed as some sort of space super commander and is shown shooting up some funny looking extra-terrestrials.

All four of the west coast icons are set to perform together next month. Fans can see the collective put on at the Rupp Arena on Saturday, November 20.

Too Short confirmed that the group formed in December 2020 on the Serch Says podcast featuring Short Dawg. He explained that they have been regularly performing together for over five years, selling out 20, 30,000-person arenas.

“In everybody’s solo song, they was the last verse of the song before that, except the one with me and Eminem, because I felt like that was like a big reveal. When ni**as hear that Eminem on that motherfu**er, that’s just a whole ‘nother level.”