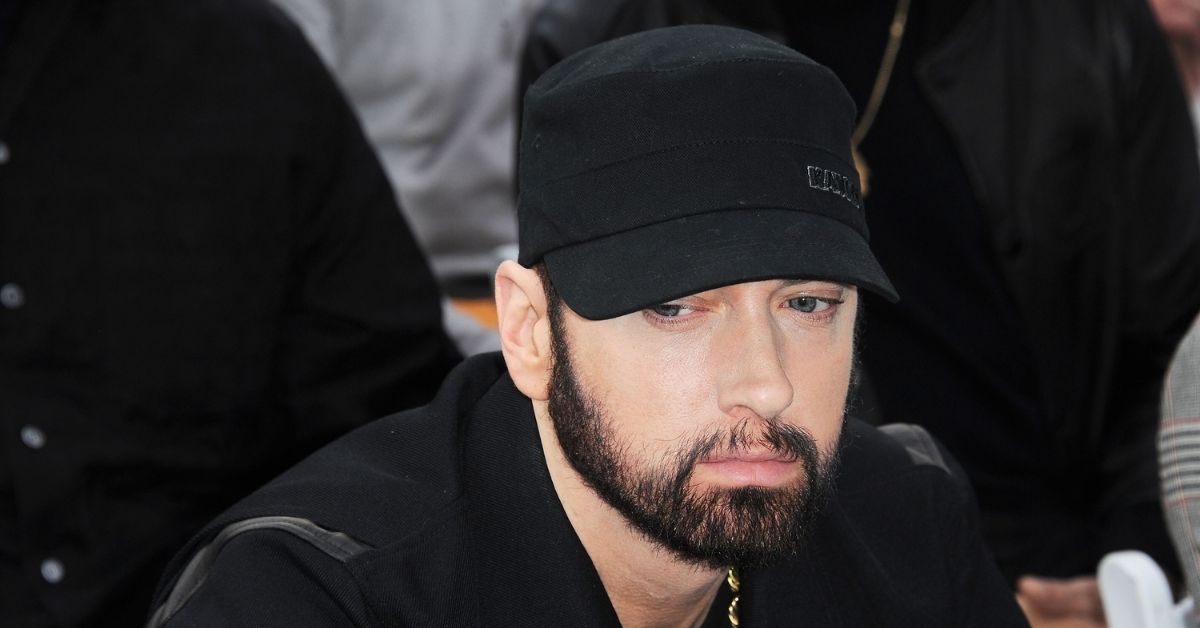 Last month, a TikTok campaign brought attention to an old lyric from one of his chart-topping songs, “Love the Way You Lie” featuring Rihanna, that seemed to advocate domestic violence.

Gen Zers who were not happy with the controversial rapper, called the PC police on the “rap god” over the lines that say: “If she ever tries to f#####’ leave again, I’ma tie her to the bed and set this house on fire.”

Eminem’s new animated lyric video for a song off his Music to Be Murdered By – Side B and the second visual from the project) seems to mock those who want him canceled.

He raps, “I won’t stop even when my hair turns grey (I’m tone-deaf) / ‘Cause they won’t stop until they cancel me,” Eminem tweeted the key lyric when he dropped the joint.

“I won’t stop even when my hair turns grey (I’m tone-deaf) / ‘Cause they won’t stop until they cancel me” #ToneDeaf lyric video up on my channel- https://t.co/kd4Iw5j9TI pic.twitter.com/nw1Q2eUyzN

“I won’t stop even when my hair turns grey (I’m tone-deaf) / ‘Cause they won’t stop until they cancel me” #ToneDeaf lyric video up on my channel- https://t.co/kd4Iw5j9TI pic.twitter.com/nw1Q2eUyzN

Sociological research has already been done on the hypersensitivity of Generation Z.

Born between 1995 and 2007, according to a Forbes interview with Dr. Jonathan Haidt, these young adults are struggling to see life in terms that are not black or white, good or evil, this or that.

This refusal to allow shades of grey into situations does not allow them to understand nuances and yield their extreme views like cancel culture.

Haidt paints the scenario about this particular group, “Something has been going wrong on many college campuses in the last few years. Speakers are shouted down. Students and professors say they are walking on eggshells and are afraid to speak honestly. How did this happen?”

He says that for the most part, they see life with these three “Great Untruths,” which even colors their understanding of Eminem as an artist: 1) What doesn’t kill you makes you weaker, 2) Always trust your feelings, and 3) Life is a battle between good people and evil people.

Haidt builds on this by saying that these beliefs “contradict basic psychological principles about well-being and run counter to ancient wisdom from many cultures.”

“Embracing these untruths—and the resulting culture of safetyism,” he continues. “Interferes with young people’s social, emotional, and intellectual development. It makes it harder for them to become autonomous adults who are able to navigate the bumpy road of life.”

Haidt also notes that the power that they yield in their “intense digital worlds” adds to the painful rigidness and the awards of being champions of making huge and destructive mountains out of imagined molehills … respectfully.

Eminem never shrinks from this kind of fight. “Tone Deaf” is a rebuttal to their aim to cancel him that he hopes they hear loud and clear.