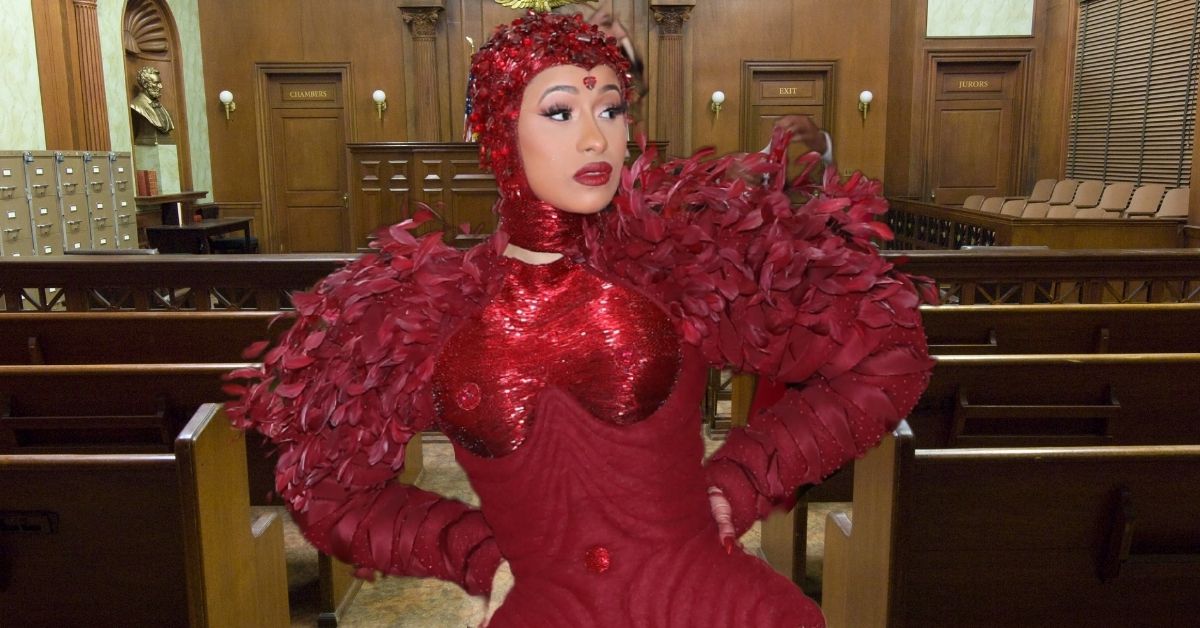 Cardi B’s letter to a judge was enough to avoid sanctions over a trip to France for Paris Fashion Week.

Kevin Michael Brophy is suing Cardi B for at least $5 million, claiming she stole his distinctive tattoo of a tiger and a snake and used it without permission on the cover of her mixtape “Gangsta B#### Chronicles Vol. 1.”

The cover features Cardi B chugging a 40 oz of beer in the back of a limousine as she receives oral from a man nestled in between her legs.

The trial was supposed to start in October, but Cardi B asked for – and received – a delay until February of 2022.

The Bronx rapper said she needed more time to make arrangements for her family to travel from New York to California, where the trial will take place.

Last week, Brophy and his lawyers marched into court and demanded sanctions against Cardi. They claimed Cardi had lied to the court, and the only reason she wanted to trial push back was so she could attend Fashion Week.

Brophy and his team were hoping to have the trial pushed up to December of 2021. However, their efforts have failed thanks to a letter Cardi B wrote to Judge Cormac Carney.

“In short, the court sees no reason to advance the trial date or issue an order to show cause regarding sanctions at this time,” Judge Carney ruled over the latest round of legal wrangling.

Cardi’s letter explaining that the trip popped up at the last minute convinced the judge, who ruled in her favor.