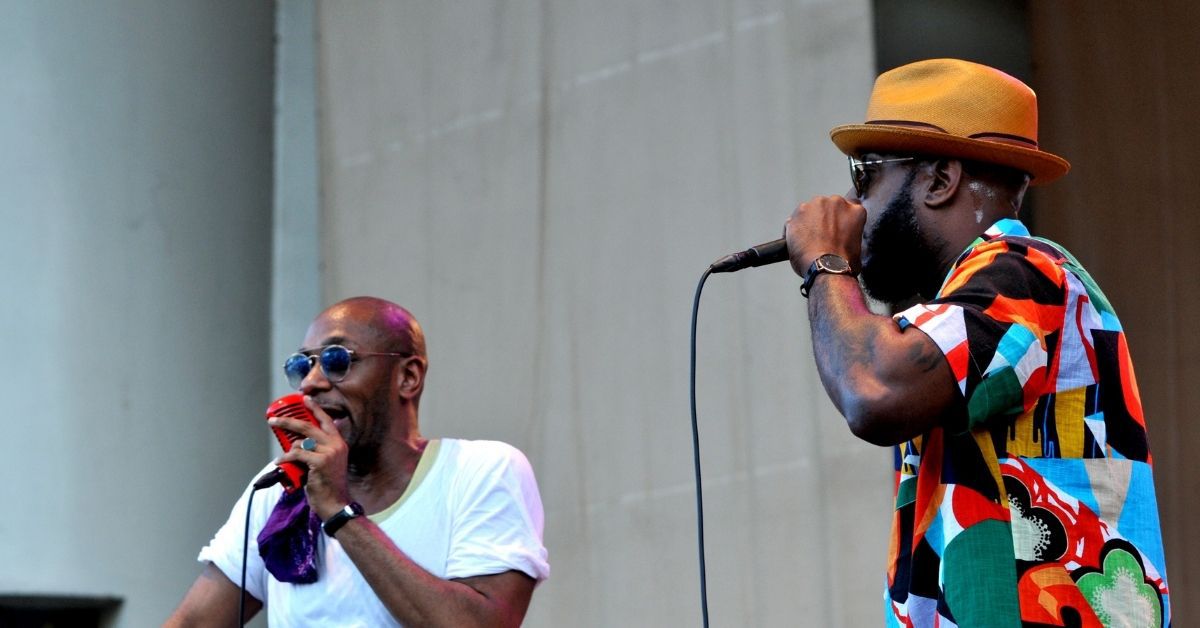 Rapper Yasiin Bey has urged fans to quit pestering him about the long-awaited Black Star sophomore album, because he wants to make the release financially worthwhile.

The artist formerly known as Mos Def and his Black Star partner Talib Kweli have been working on and off on the follow-up to 1998’s critically acclaimed project, Mos Def & Talib Kweli Are Black Star for decades, but the album has yet to receive a release date.

Talib Kweli told AllHipHop.com that the hold up is centered around remaining in control of the new Black Star album and avoiding the traditional distribution channels like Spotify, Apple Music, Tidal and others.

“Black Star as a group we most likely will not be putting our music out through the DSPs (Spotify, Apple, Tidal) because Black Star as a group, we feel like the DSPs are not fair to artists,” Talib Kweli told AllHipHop.com. “And so we are exploring ways in which, in this era where artists are taking back the power from the distribution chains and the labels and say no ‘that’s our s### give us our s### back.’

“In this era where artists are putting out NFTs and artists are having their own websites and doing like what Roc Marciano’s doing, we as Black Star don’t feel like we need to prostitute ourselves or sell ourselves short in order to get our music to the consumers or to the fans. So we are working on ways to creatively get this Black Star album out without being taken advantage of,” Talib Kweli told AllHipHop.com.

During an appearance on Kweli’s People’s Party podcast, the “Get By” hitmaker revealed the material is just about ready to go.

“To people who don’t know, Madlib has produced the whole next Black Star record and I’m excited about it,” Kweli said. “It sounds great.”

Yasiin Bey, who has long voiced his issues with the music industry’s pay structure for streaming and concerns about free downloads, refuses to have their work exploited. He also indicated he won’t approve the release until they are properly compensated for their efforts.

“It’s not about streaming, that’s not the problem,” explained Bey, as he joined Kweli for the chat.

“It’s about, you mean to tell me that the source of labor at the center of this experience is supposed to be satisfied and grateful with receiving a portion of a penny for their efforts and labor? Now, whoever else is happy with that, then that’s you. You can take your labor to the market however you see fit, but when it relates to something that I’m doing and that I’ve been doing, I don’t have to ask you n##### (for) permission. I don’t have to get your understanding.

“And if I’m ambivalent or like, ‘I don’t know, something about it just don’t feel right,’ and I’m searching for a better way to do it, that’s completely my volition. I’m not here to be run by the audience’s expectations because I have my own needs. You have your own needs.”

Bey then lashed out at those badgering him about the delayed project.

“I appreciate your enthusiasm, but that s### is not a steering wheel in my back for you to start spinning and doing donuts like I’m disappointing you,” he vented.

“If you want the next Black Star album that bad, then you make it. So just chill out until we get the s### sorted out ’cause who the f### is more essential to Black Star than Black Star?”