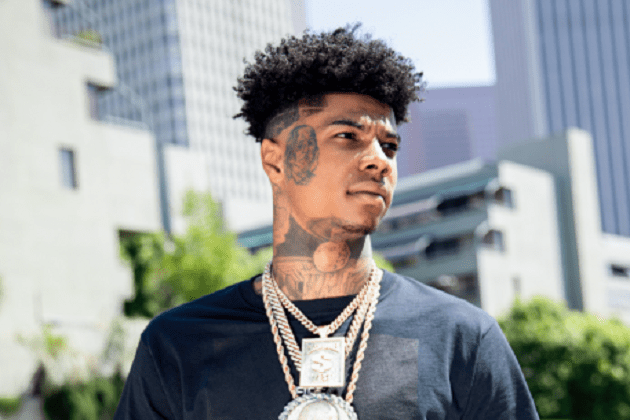 Earlier this year, an employee at a San Fernando Valley lounge accused Jonathan “Blueface” Porter and his entourage of unnecessary violence. The incident was captured on camera.

Law enforcement apparently investigated the matter, and felony arrest warrants were issued for Blueface and two other men. TMZ reports all three suspects are facing one assault charge and one robbery charge.

The robbery claim is the result of the bouncer accusing someone of stealing his chain. The alleged victim also supposedly suffered multiple injuries that required stitches.

Back in September, Blueface addressed the allegation against him and his crew. The “Thotiana” rapper from Los Angeles told Hollywood Unlocked that the bouncer actually incited the ordeal by calling him a “n#####.”

“He had a little racial slur, like, ‘Cause you think you’re a famous little n-word you think you can do this and do that,” said Blueface. “I’m like, ‘Damn, you went right there with it.’ I wasn’t even tripping on him, honestly… We’re not trying to do him how we did him.”

The Cash Money Records affiliate added, “If you look at the whole clip, we didn’t jump him. One person got on him. I went to facilitate then he just went down. It’s not like we were just like, ‘Let’s all get a turn on beating this dude’s ass.’”