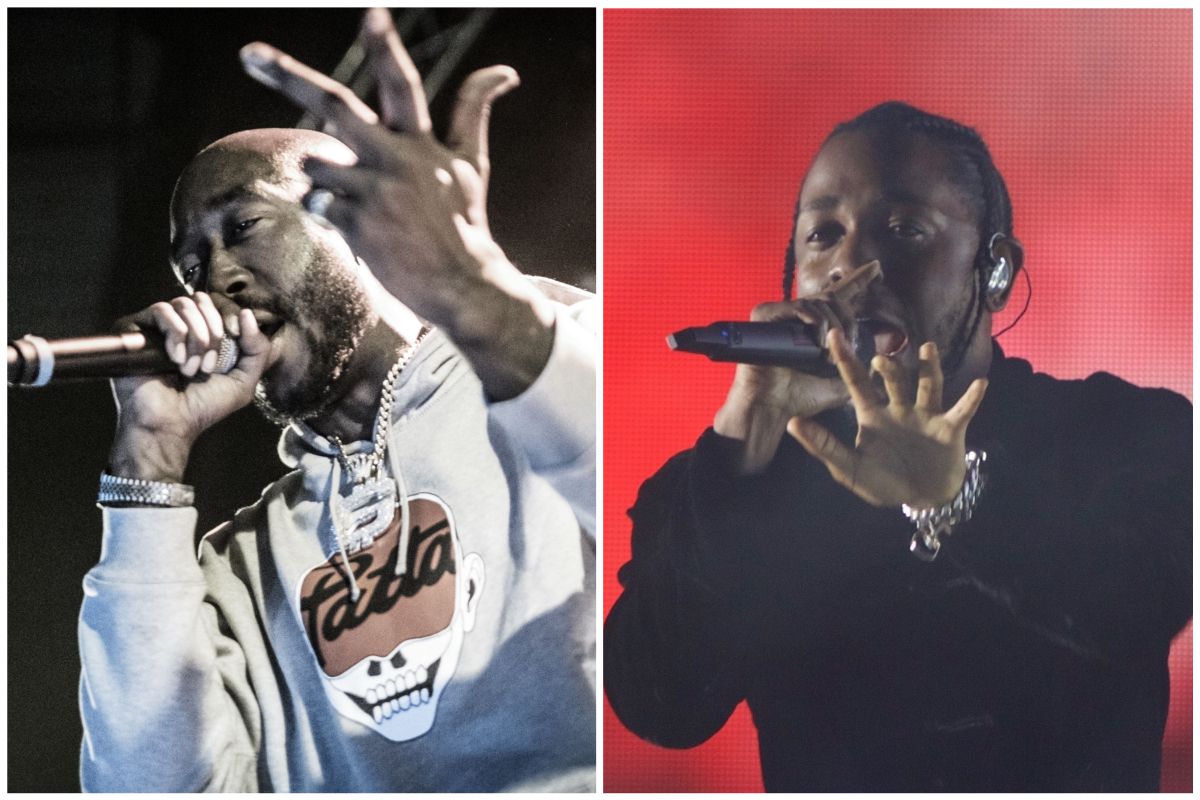 Once again, Kendrick Lamar kicked a hornet’s nest with his lyrics on Baby Keem’s “Family Ties” single. The pgLang co-founder opened his verse on the song by saying, “Smoking on your top five tonight.”

Later on the track, Kendrick Lamar also told the world not to address him unless it is with four letters. Lamar was declaring himself as the G.O.A.T. [greatest of all time] when it comes to Hip Hop.

Like his highly-publicized verse on Big Sean’s “Control” eight years ago, Kendrick Lamar used “Family Ties” to inform his peers that he is at the top of the rap music food chain. However, Freddie Gibbs had something to say about that declaration.

“I was big rabbit before the birth of my son. The Earth ain’t big enough for both of us, you gotta get done. They saying they smoking top fives. But you ain’t burned up the one. F### n##### talkin’ ’bout? Like every time I hit the booth I don’t leave that b#### with a body count,” raps Freddie Gibbs on “Vice Lord Poetry.”

This is not the first time Freddie Gibbs has expressed his thoughts about Kendrick Lamar being heralded as the leader of his Hip Hop generation. In 2016, the Grammy-nominated Alfredo album creator spoke about not being placed on the same level as Lamar and his “They Ready” collaborator J. Cole.

“I don’t feel like I get the recognition for being as innovative that I am musically, you know what I mean? I don’t think that I get put up there with the J. Coles and the Kendrick Lamars and guys of that nature when I definitely think that I’m rapping on their level and definitely higher,” said Gibbs.

Following the release of the Freddie studio LP in 2018, Freddie Gibbs is preparing to drop his next solo body of work which is tentatively titled Soul Sold Separately. He also teamed with Madlib for 2014’s Piñata and 2019’s Bandana as well as The Alchemist for 2020’s Alfredo.