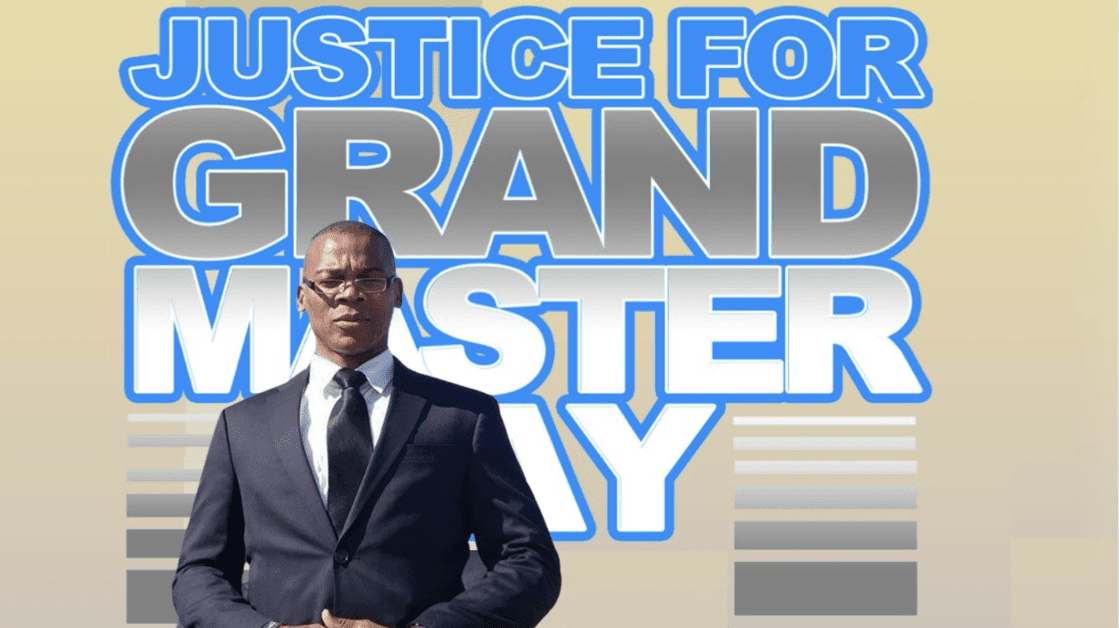 His staunch supporters have launched a website,Justice4gmj.com, I an effort to disseminate information and raise awareness about his plight. Additionally, the site offers numerous ways for individuals to communicate with the public. These modes include letters, texting and even phone calls.

There are other reasons for the site, such as raising funds for legal appeal of his conviction. Although found guilty, Grandmaster Jay is fighting back since last month’s trial by jury.

A statement on the website outlines their aims and objectives as well as their feelings about the persecution of their leader.

Every single action John Johnson has taken has been in conjunction with local state officials and objectively, within the confines of legal activity. He has consistently displayed profound and enlightening insight on the state of race relations in America and the significance of cultivating people, precisely those most impacted by violent racial crimes, into fully educated legally assembling, and fundamentally competent to exercise their right to bear arms and protect themselves from viable threats across the country.

As of May 27, 2022, Mr. Johnson is now a political prisoner of the United States government. He has been arbitrarily charged and wrongfully convicted. We are asking for your assistance. Join us to help facilitate awareness of this grave injustice. We also ask that you educate yourself and others on the case and write your local congressman senators house of representatives. As we bring attention to these unjust rulings, join us in guaranteeing this conviction will be overturned in the federal courts and a complete exoneration extend it to Mr. Johnson in the federal state courts in conjunction with infringement of his first second fourth and sixth amendment rights on August 22, 2022 in Louisville Kentucky.

Grandmaster Jay founded the NFAC (Not F##king Around Coalition) in the aftermath of the violent murder of Ahmaud Arbery. Arbery, a 25-year-old Black man, was hunted and eventually murdered while he jobbed in Satilla Shores, neighboring Brunswick, Georgia. At the time, AllHipHop interviewed Grandmaster Jay right after the NFAC descended on the scene in order to protect Arbery’s family from further harm.

The NFAC eventually formed into a full-blown Black militia under Grandmaster Jay’s leadership and formed in several instances to offer aid or protection against white nationalists. However, it also seemed to generate fear as well, in stark contrast to the public response to the militant group’s radical, generally racist counterparts.

Grandmaster Jay has a planned appeal to a verdict by a Louisville jury.  He will be sentenced August 22.