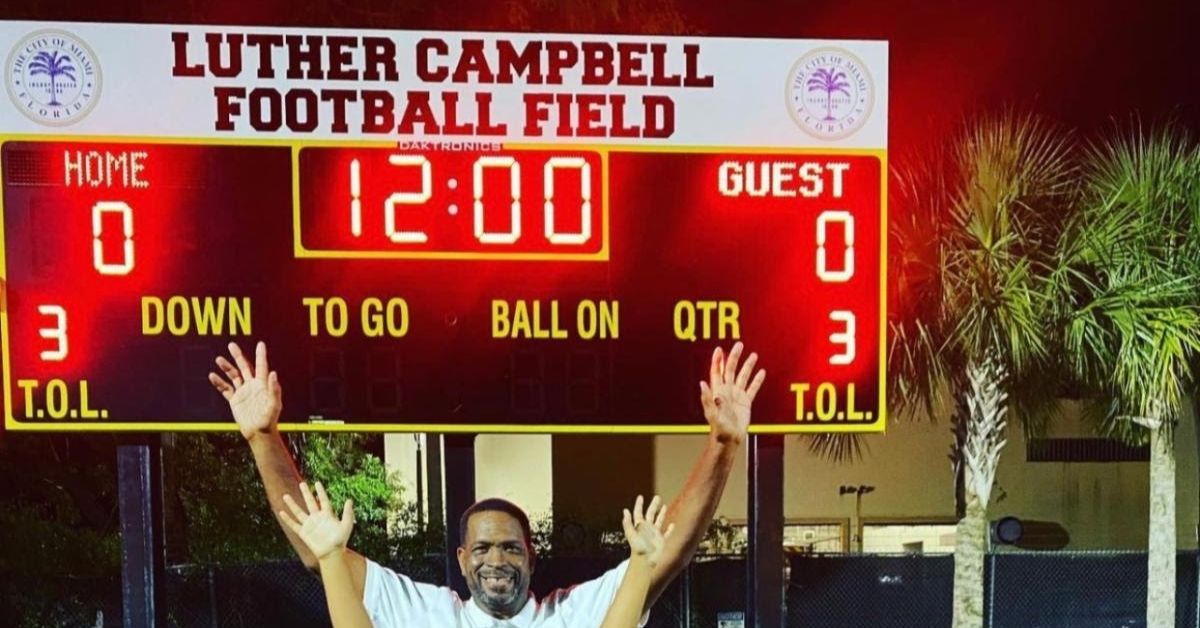 After 30 years of disrupting the status quo, Luther Campbell will be recognized for his charitable and philanthropic works in Liberty City.

A major landmark has been named after him, and it is not a strip club.

Mayor Francis Suarez and the City of Miami Parks and Recreation recently dedicated The Luther Campbell Football Field in his honor.

The city’s top politician said, “This community should know that they have something special. It’s very rare for celebrities or famous people to do what Luke has done, and that is giving his most precious asset, his time.”

For years, Uncle Luke has made a point to invest in the community with his resources and contacts, hoping to build a stronger community. He has done so for over three decades with his organization, the Liberty City Optimist Club.

“You have to be really, really small to not appreciate what was done today,” Commissioner Jeffrey Watson shared, blasting those who wanted to look at the explicit content of his music and not his community service.

Luke was all smiles.

He said, “I always said if I ever get two cents over my lunch money, I would come back and do something special in this community, at this very park I grew up playing in.”

“I brought in many of my friends to help bring all of this to fruition,” Luke said. “We started something fresh and new, and when I look at what we have done here, I am as proud as I have ever been.”