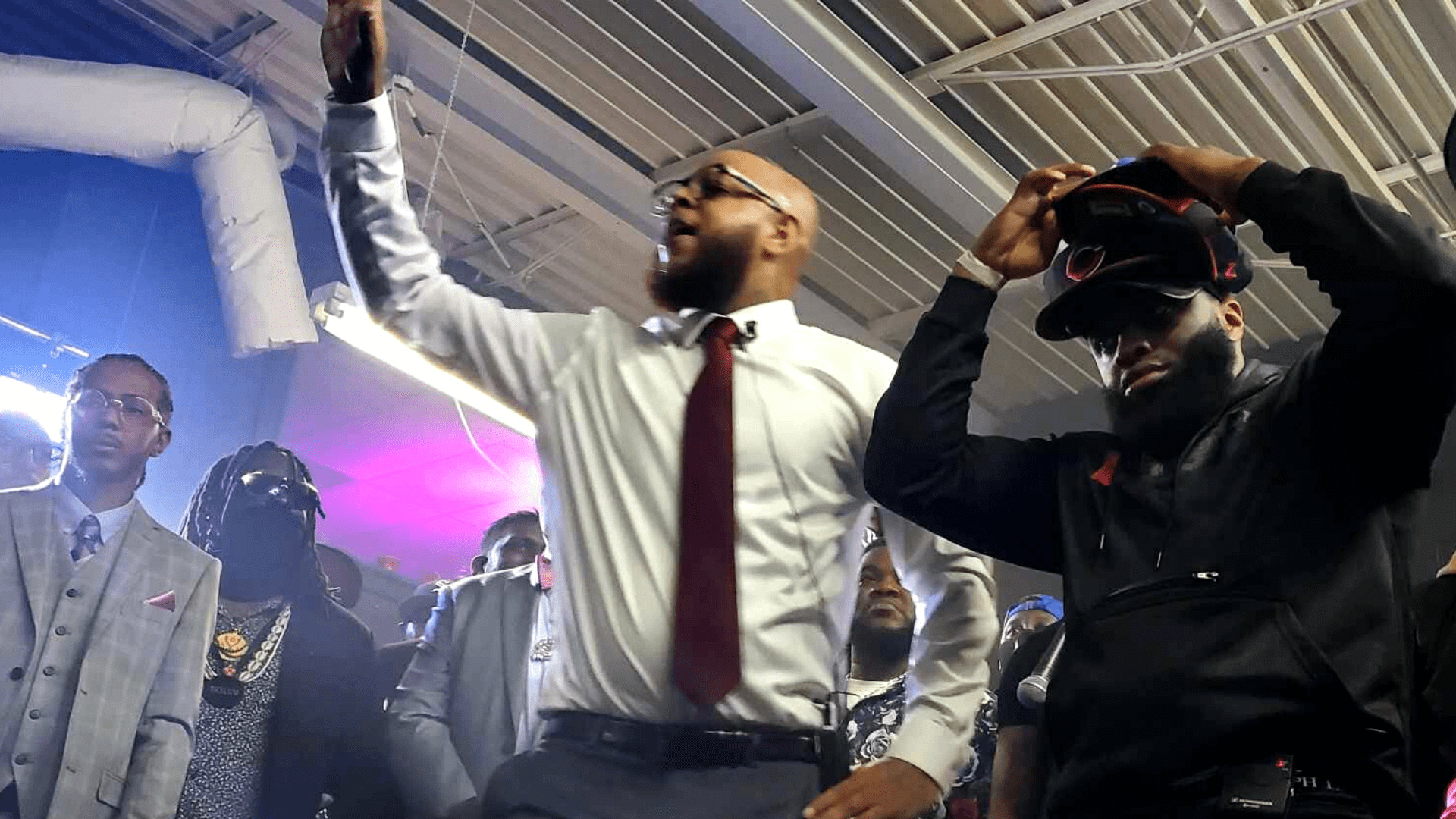 Battle Rap’s March Madness, a marathon of cards featuring the best of the best in the culture, jumped off with a battle that has been publicly brewing for a year.

On Saturday, March 20th, right before Ghostface Killah and Raekwon dueled it out as brothers on Verzuz, Fliko L challenged Riggz, Clone went up against PC, and Bad Newz welcomed his former DOT MOBB brother Snake Eyez to the bullpen. Rounding out the night was the headliner, JJDD and Ace Amin who used bars to dead a beef that had the real potential to become violent.

The crowd in the building and the audience watching on stream waited with bated breath as the two squared up.

The Atlanta (by way of Yonkers) rapper was dressed to the nines in a classic grey suit with a burgundy-wine straight tie and pocket square. The choice to wear the accented colors was intentional for the 6 foot plus ginger. A shade contrast lighter than maroon, rocking it communicated to everyone around (the viewers, the battlers, other league owners, potential sponsors, and his opponent) that he was a mature man of wealth and prosperity. At the same time, it suggests that he is an aggressive man with the potential to do someone in — like a mob boss should the situation call for it.

Ace Amin also communicated money. His expression was more subtle. He was attired in black (symbolic of power, mystery, and effortless sophistication). Completing his initial look was a sleek Gucci cap, that proved to be a cleverly used prop for this first round. It was clear that the DMV native’s flex was hood luxury, hustler empowerment, and by the time he was ready to rap, street-level ambivalence. After taking off his jacket, he barked on the notable top-tier vet in a wife-beater — another prop used in the battle.

The question might be why pay attention to the intentionality of how the two were dressed? It is simple. It completely articulated who was showing up the fight, the tools they were using to get their respective win, what was to be communicated about the battle after it was over and the tone of their rounds. Both opponents were genius in their approaches, regardless of how fans chose to call it.

This will be a classic battle for Bullpen. It is not only the definition of what a “preference battle is,” but it shows the culture how Black men should resolve eruptive/ disruptive conflict.

If they can settle the bulk of it in private, create energy around the sportsmanship and entertainment nature of the circumstance, and then get a bag — why not.

These were two battlers that set the tone, replacing camouflage as the war fatigues and stepped their psychological wardrobes up. They came dressed for the fade (FAD3) but left without a proverbial spot or wrinkle from the war.