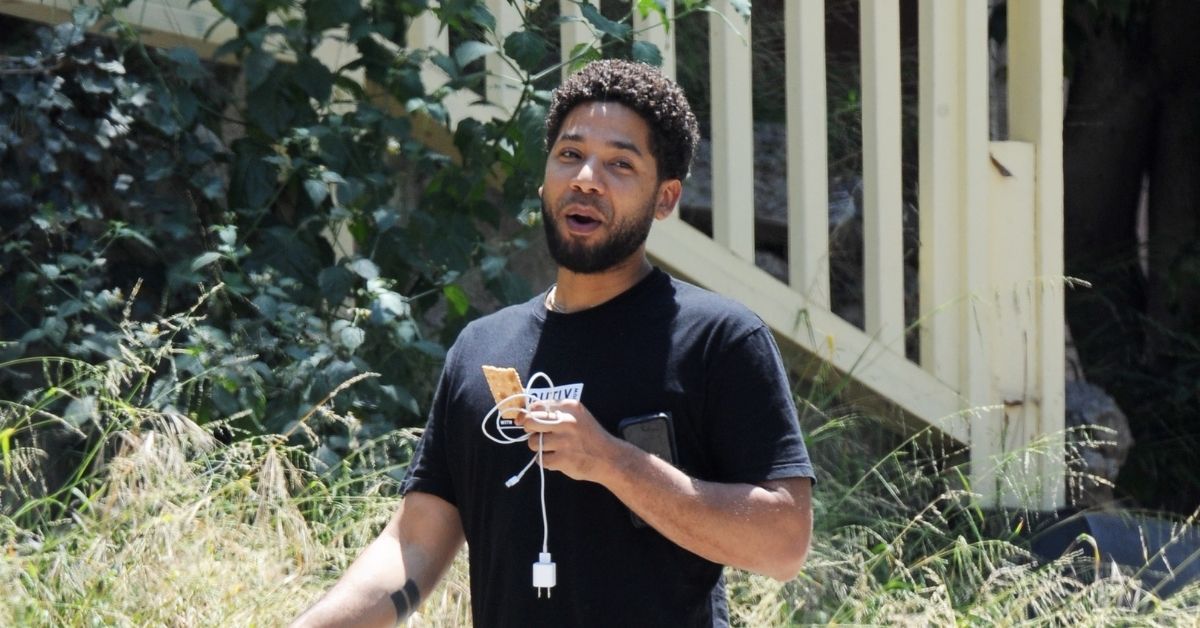 Jussie Smollett has opened up about the fallout from his 2021 conviction after a court found he lied to police about being attacked in a hate crime.

According to the disgraced former Empire actor, he’s “grateful,” for the experience. He claims it taught him who his real friends are and exposed the snakes in the grass.

During a recent interview on Sway in the Morning, the host noted his concern for Jussie. However, while he admitted that “it sounds so odd,” Jussie Smollett views the experience positively. The actor turned director recalled some advice a good friend gave him in April 2019. “You may look at everything now and think that this is bad,” the friend advised. “You needed to mow the lawn so you could see all the snakes in your grass.”

As reported by AllHipHop, his former co-star Taraji P. Henson defended him during his case.

The actor was convicted in December 2021 after he lied to police about being attacked by white MAGA-Loving Trump supporters, who allegedly targeted him for being Black and gay. In March, a jury found him guilty of felony disorderly conduct for making false police reports. A judge sentenced Jussie Smollett to 150 days in county jail and 30 months of probation.

When asked how he copes, knowing much of the public still does not believe his story, Jussie said he understands the response. “The way that it was served to everybody I absolutely understand why people felt betrayed,” he explained. “I didn’t know what was happening then. I didn’t know how bad it was getting. For whatever reason I genuinely thought that people were going to be like ‘there’s no way that he did some b####### like that.’ You know, I’m just like ‘y’all know me,’” he claimed.

Jussie Smollett Says His Friends “Should Have Picked up The Phone”

Jussie Smollett also said he holds “some people accountable for the things that they said” and “for the ways that they reacted.” Though he did not identify any specific person by name he added, “Half of those people should have picked up the f###### phone and called me because they had my number.”

Check out the interview below.