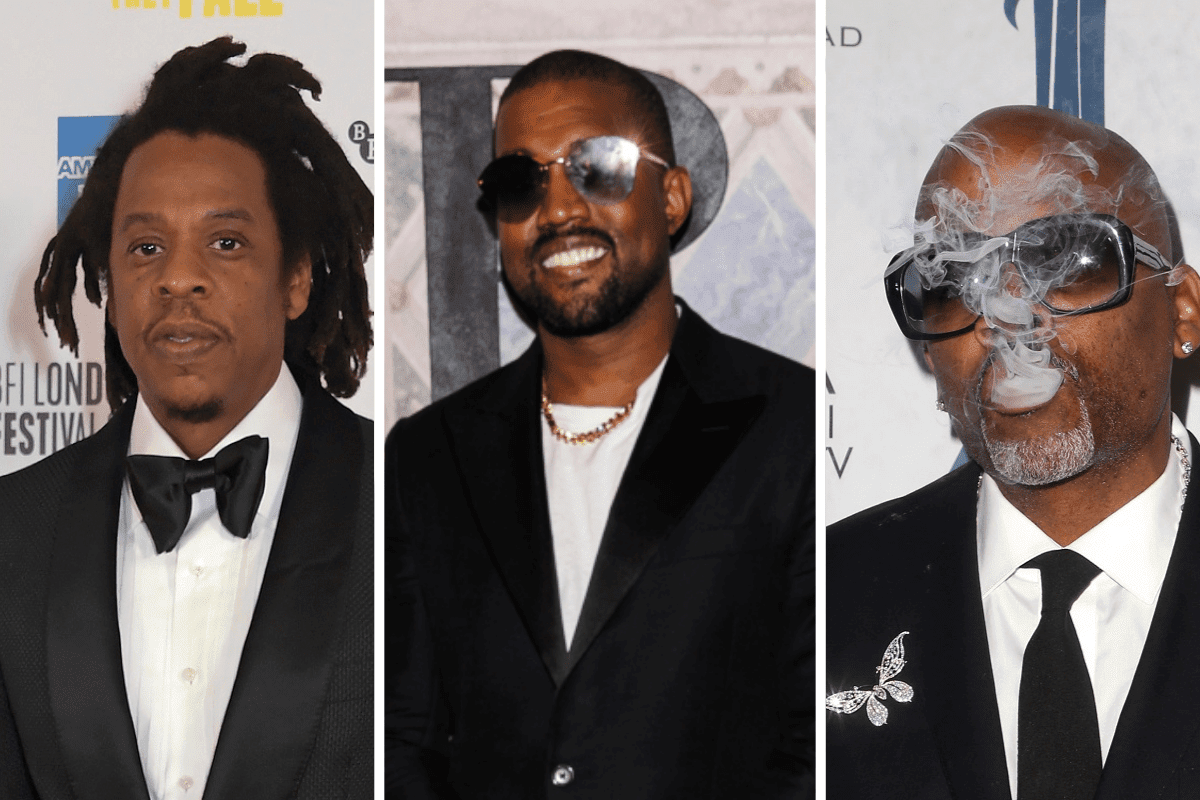 Kanye West appeared on “Drink Champs” and gave a revealing interview to DJ EFN and N.O.R.E sharing details of his relationships both personal and private.

N.O.R.E asked Kanye to choose who is the better CEO between Roc-A-Fella co-founders, Jay-Z and Dame? After a brief pause, Kanye responded, “Absolutely 1000 percent Dame Dash.” He explained he chose Dame because he relates to his creative mind.

“Dame Dash the visionary, the original black hipster,” he said before adding, “I’m the devil’s worst nightmare – I’m Dash Dash with money.” N.O.R.E responded with nervous laughter and said “I don’t know how to take that one but continue.”

“I’m also Jay and Dame combined. That’s why I’m still here. Dame had,” he said before correcting himself to the present tense. “Dame has the vision. You see it.”

Kanye recalled a time where he said, “Steve Rifkind or something” said, “Dame is in Ye’s pockets.” Yeezy, offended, remarked “Eh, white boy don’t ever speak on me and Dame,” as the room erupted in laughter. Ye said that the record industry executive should refrain from speaking about his and Dame’s relationship. “Don’t ever speak on our situation, of me taking care of the man who put me on,” he said.

According to Kanye, he was the money maker at Roc-A-Fella: “Not everybody gone’ make the money. If you got a community, you got to have people who could figure out how to earn. I was Jay’s best earner. Any time he needed that beat boom.”

Though the relationship between Ye and Dame has seen some ups and downs since the Roc-A-Fella split, the fashion mogul stated that Dame can always rely on him. “Dame never have to work again, period. Anything he ever need. I’m here. The more and more money I’ve got, this is my family. I’m never gone’ let anyone speak on my relationship.”

This was Ye’s first interview since the release of his “DONDA” album and he had plenty to say. Kanye also spoke about why signing Big Sean was the worst thing he’s ever done, his relationship with estranged wife Kim Kardashian, and a lot more. Check out the interview in full below.