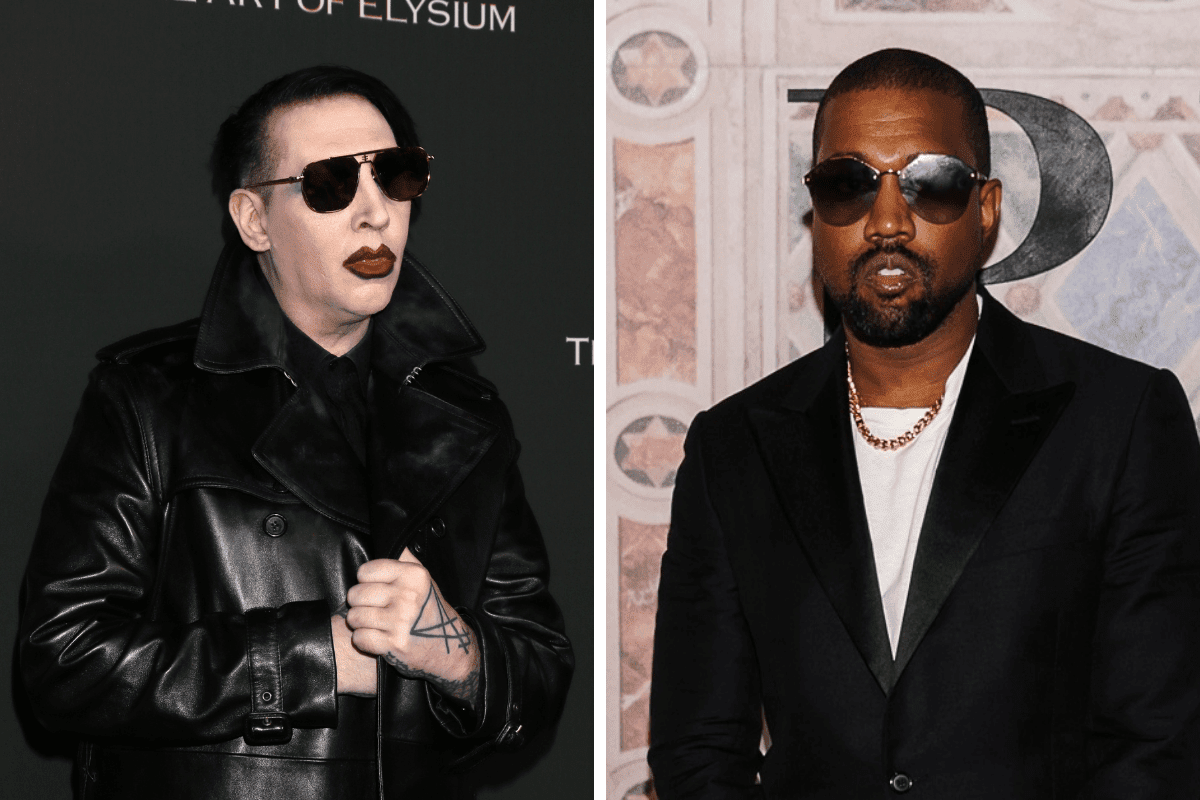 Kanye West is continuing his association with Marilyn Manson bringing him along to his Sunday Service this weekend.

Marilyn Manson is currently the subject of a criminal investigation after multiple women – including actresses Evan Rachel Wood and Esme Bianco – accused the disgraced rocker of horrific acts of sexual abuse and other violent behavior. He is also facing numerous civil suits for his alleged misconduct.

Manson wasn’t the only celebrity guest invited to Sunday Service. Justin Bieber was in attendance as well as Roddy Rich who both performed a selection of their songs. The Sunday Service choir also performed some “DONDA” songs including “No Child Left Behind” and “Moon.”

Kanye’s dress code for the rooftop service was all white with some of the congregation wearing white hoods.

Ye, Manson, and Justin gathered in a circle with the embattled rocker leading the prayer. The trio stood shoulder to shoulder with their heads bowed in prayer as Justin spoke and the choir sang in the background.

Kanye has taken to wearing an array of masks and face-coverings in public recently and sported a new hairstyle that garnered him some attention. However, for Sunday service his head was shaved bald and it appears that his eyebrows have also been removed.

Twitter users expressed their outrage over the spiritual moment though this is not the first time Ye has aligned himself with Manson. He also had a spot onstage with Ye at the final “DONDA” listening event at Soldier Field.

Check out some of the reactions on Twitter below.