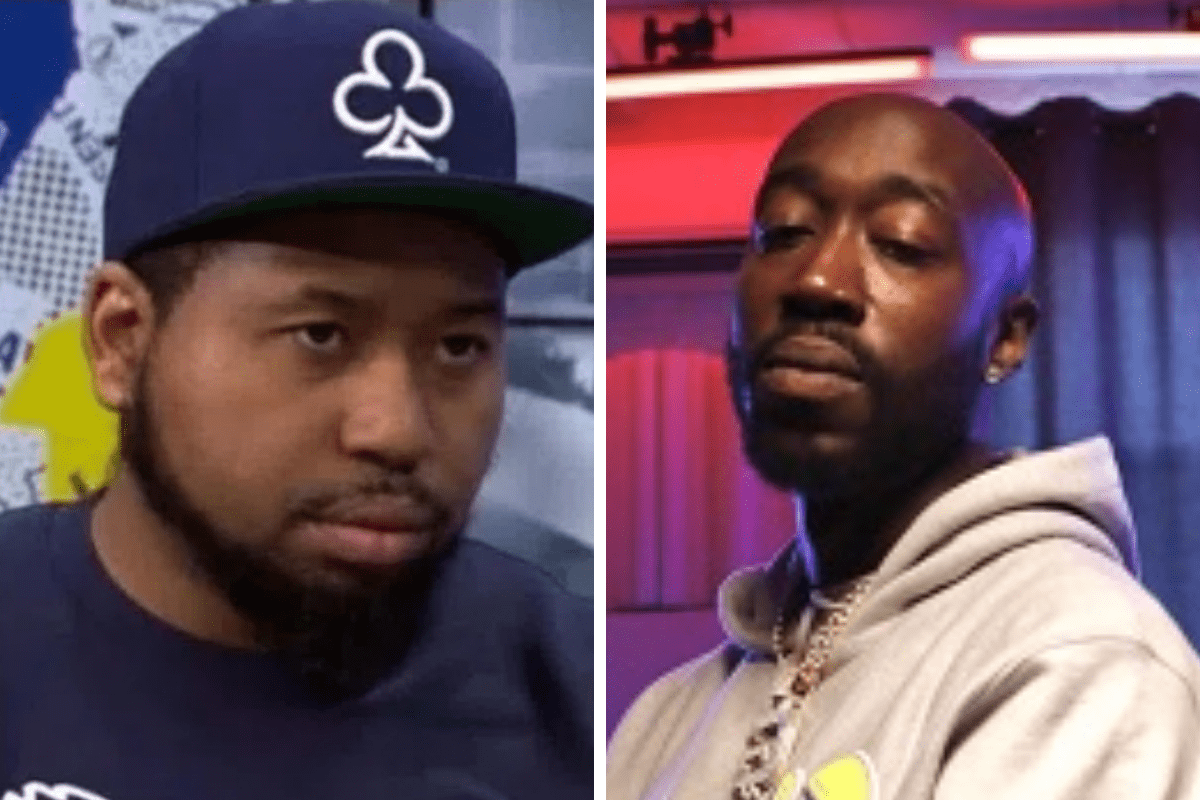 Akademiks and Freddie Gibbs have reignited their online beef from last summer. The pair began an online war of words after Gibbs called Jeezy musically “irrelevant.” Ak strongly disagreed and replied, “If Jeezy is irrelevant, Freddie Gibbs, you are absolutely irrelevant as well.”

The pair continued going back and forth on social media and are now back at it again. The feud reignited seemingly out of nowhere after Akademiks posted a video of Kay Flock and Ron Suno fighting at Rolling Loud New York on Saturday (Oct. 30).

Gibbs retweeted the video with a shot at the controversial media personality. “I hope you post it when I run into you,” He wrote.

Akademiks responded with, “U still tweeting? U could came to find me already gangsta.”

According to Gibbs, Akademiks should be grateful he didn’t show up.

“I coulda been smoked akademiks,” he wrote. “His hoe gave me his home address months ago. The n-ggaz in LA he was with last week was not gon protect him if I walked in that no jumper interview. I know all of them. God got bigger plans for me but when I get bored I’m back on yo ass. On VL.”

Again, Gibbs claimed he’s giving Ak a pass. “I be letting a lot of n-ggaz breathe. The Lord’s good oxygen and they will wanna pop like they not privileged.”

He then told Akademiks to “GO DJ” before resorting to meme-warfare.

Freddie is in a confrontational mood, last month he called out Dr Umar for a $5 million boxing match.