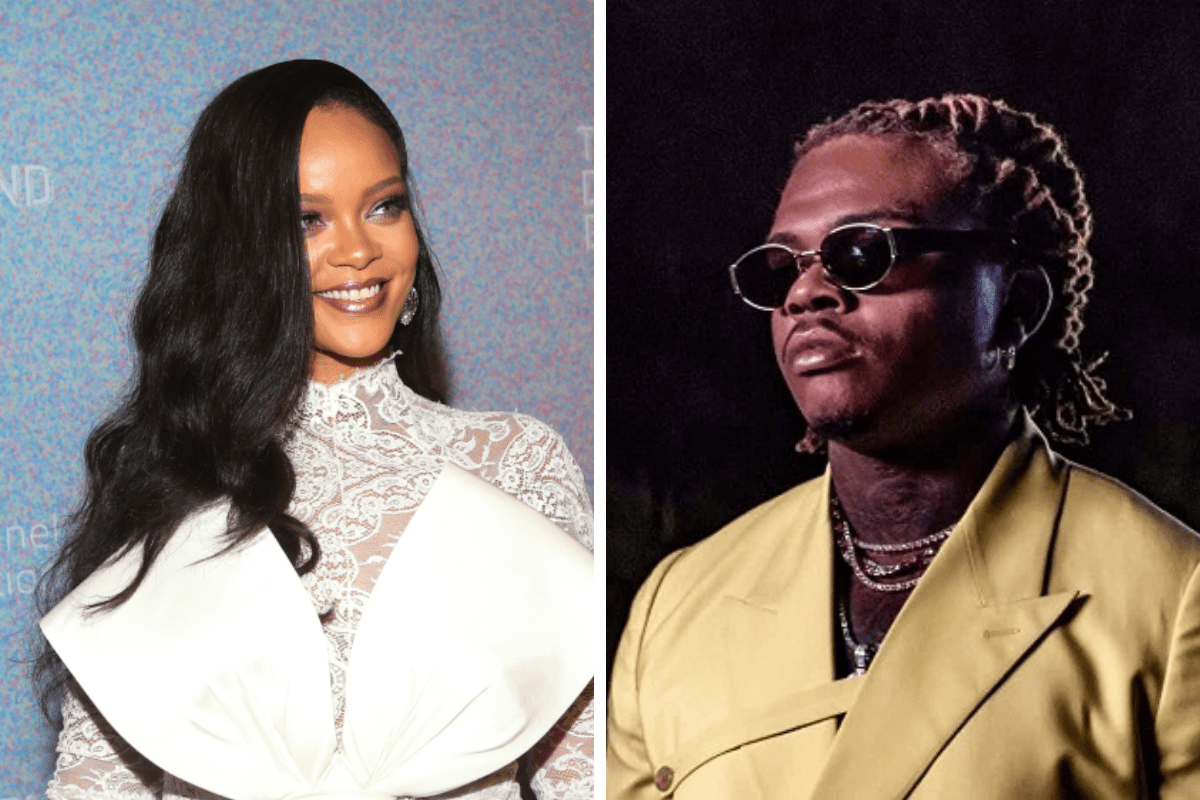 Rihanna is undoubtedly a fashion icon who can pull off the trickiest of looks with stylish aplomb. Credentials she proved after taking an outfit Gunna was ridiculed for, making it a Halloween costume and turning it into a look!

Rihanna has gone viral after dressing up in Gunna’s New York Fashion Week fit for Halloween this year. The Bajan superstar copied the “Drip Too Hard” rapper’s look to perfection. She had the knee-high Rick Owens boots, identical sheer long sleeve shirt, leather vest, and shorts.

Even the accessories were spot on, Rihanna was draped with ice around the neck in Gunna’s signature style and was sporting the same sunglasses and a similar watch. Even the hairstyle was on point!

The biggest difference was the reception the pair received. While Gunna was widely clowned for his unorthodox fashion choice, Rhianna has gone viral for all the right reasons.

Rhianna flaunted her costume on Instagram, giving the post the same caption as Gunna when he posted his look last month. The business mogul also nailed the poses, copying his stance and attitude perfectly.

Earlier in the day, she teased her followers with a hint as to what her costume could be. She posted an image of the Rick Owens boots with the caption “The Gunna’z @gunna,”

Rihanna made a fan of Gunna as he took to the comment section to let Ri-Ri know “Nawww U OVERLY WON 🙌🏽.” He also reposted the pic to his Instagram Stories calling Rihanna “OD.”

When Gunna first wore the look, he didn’t receive quite the same reaction as Rihanna. The ridicule doesn’t bother him, according to Gunna, it’s all about confidence. “You just gotta have the confidence to know it is,” he said in a recent interview with GQ. “Everybody not gonna like what I wear, but a majority of people are. Everybody’s not gonna understand what I wear because they don’t shop where I shop.”

Rihanna quickly got back to business posting a sultry image modelling one of the latest looks from her Savage X Fenty collection with the warning “the holiday szn bout to be Xtra af #TisTheSavage.”