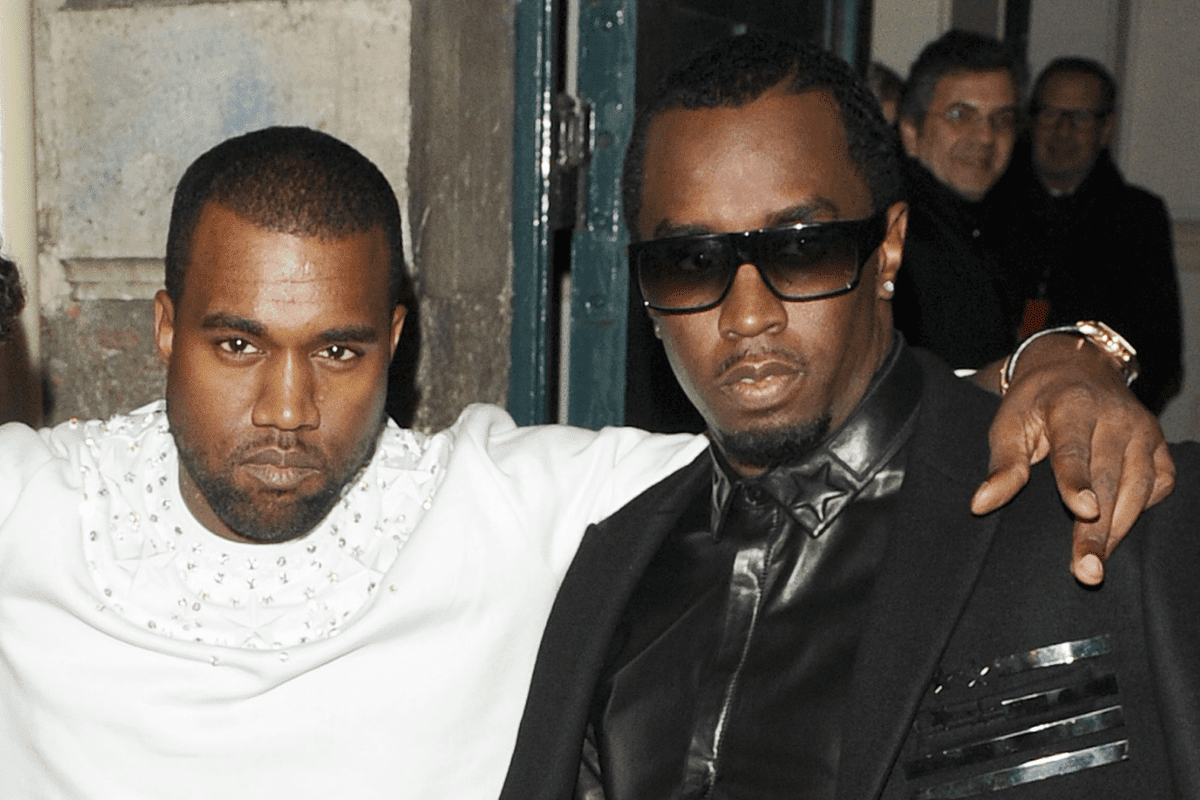 Kanye West paid tribute to his “favorite artist,” Diddy, during a surprise guest appearance to award him with the Lifetime Achievement Award at the BET Awards on Sunday night (Jun. 26).

Though the Donda hitmaker came to the stage covered from head to toe there was no mistaking his identity. He wore the full-face mask, gloves, and beloved Balenciaga Steroid boots fans have become accustomed to seeing Kanye in.

During his speech, Kanye explained how he identified with Diddy’s desire to change his name throughout his career. He also spoke of the Bad Boy honcho’s influence on him and revealed how Diddy affected his “wife choices.”

“How do we crown our kings? How do we appreciate our kings?” he began, before revealing how Diddy inspired him during the 1990s. “I was signed to Puff without him knowing,” he joked, adding “That statement is not legally binding!”

Ye continued, “This is my favorite artist. You see I’m saying favorite artist — everything, not specifically production, the trip. Back then there was so many rules to hip-hop and he broke all of them.”

Kanye West then shared how much of an inspiration Diddy still is to him. “I go to him for advice to this day. He inspired so many of my choices. So many of my life choices. My wife choices. And here we are. Thanks for that, Puff,” he added.

“He broke down so many doors of classism, taste, culture, swag. Puff, if I never told you, I love you. You’re my brother.”

Diddy then came on stage to receive his award and thanked God and his mother sitting in the crowd. He then thanked “Every artist, every producer, every writer, and every executive,” he’s worked with over the years. “Thank you to all of my fans who have been with me for over 25 years. I love y’all. I love y’all,” he concluded.

However, before leaving the stage Diddy pledged $2 million to HBCUs declaring, “we should play for us.” He announced he is donating $1 million to Howard University, and another $1 million to Jackson State University.  Check out the highlights and watch Diddy’s acceptance speech in full below.