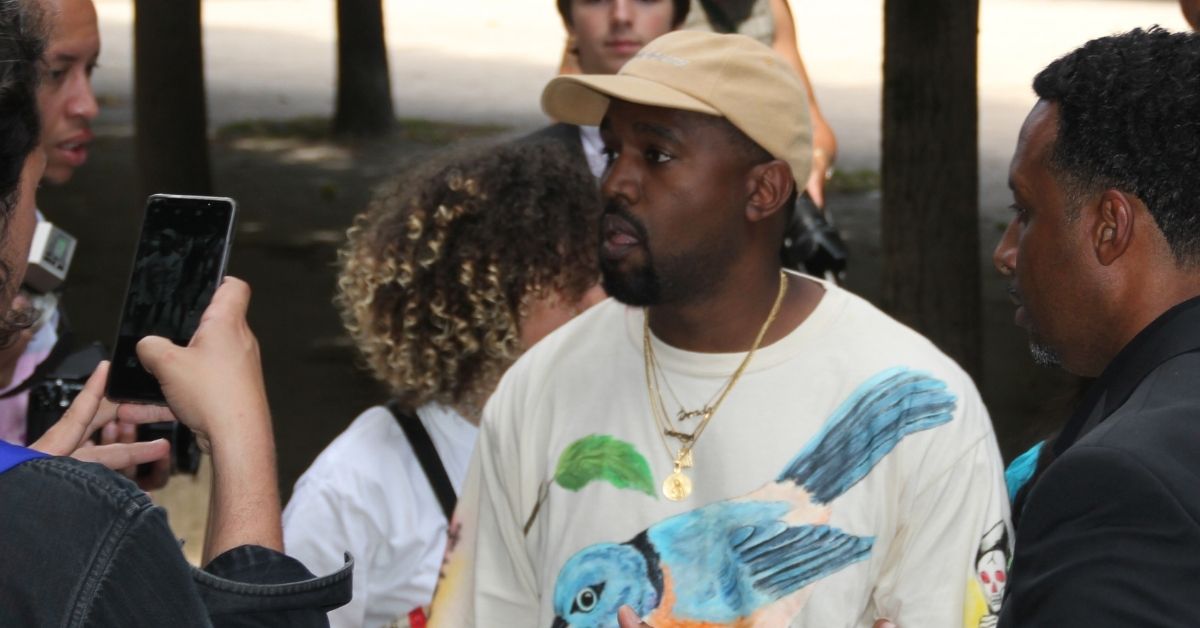 Kanye West is an artist. The world knows this … But collector Vinoda Basnayake knows this fact a little intimately than the rest of the world.

He knows this because he actually owns an original copy of four of Yeezy’s childhood renderings.

Basnayke purchased the pieces from the Jesus is King rapper’s cousin, Stephan Scoggins, and his husband Damien Dziepak.

The couple acquired the collection after the artist’s mother, Donda West, died in 2007. He researched and located them and begged them if they would sell them to him.

But the journey took some time for the DC native to get to ownership of art.

According to the Washingtonian, he saw the collection in 2020 on the hit of PBS series Antiques Roadshow.

Somehow, he linked up with the show’s appraiser Laura Woolley and ran into a brick wall. He says that she had a “policy not to take down the contact information of their guests.” So he did the next best thing and went to the private investigator, Sir Google, to locate the couple.

After finding them he said that “they had multiple offers after the show, but I was the most consistent and they appreciated my sincere interest in Kanye.”

He went to pick up the pieces in California personally, taking the cross-country trip himself. So how much did he pay?

That’s not being disclosed (Basnayake had to sign an NDA with the purchase) but when it was appraised on the show the four pieces of art ranged between $16,000 to $23,000 in value.

But we can guess that since Kim Kardashian posted the art on her social media in February, right after sharing her talented daughter North West’s art, that it cost a pretty penny.