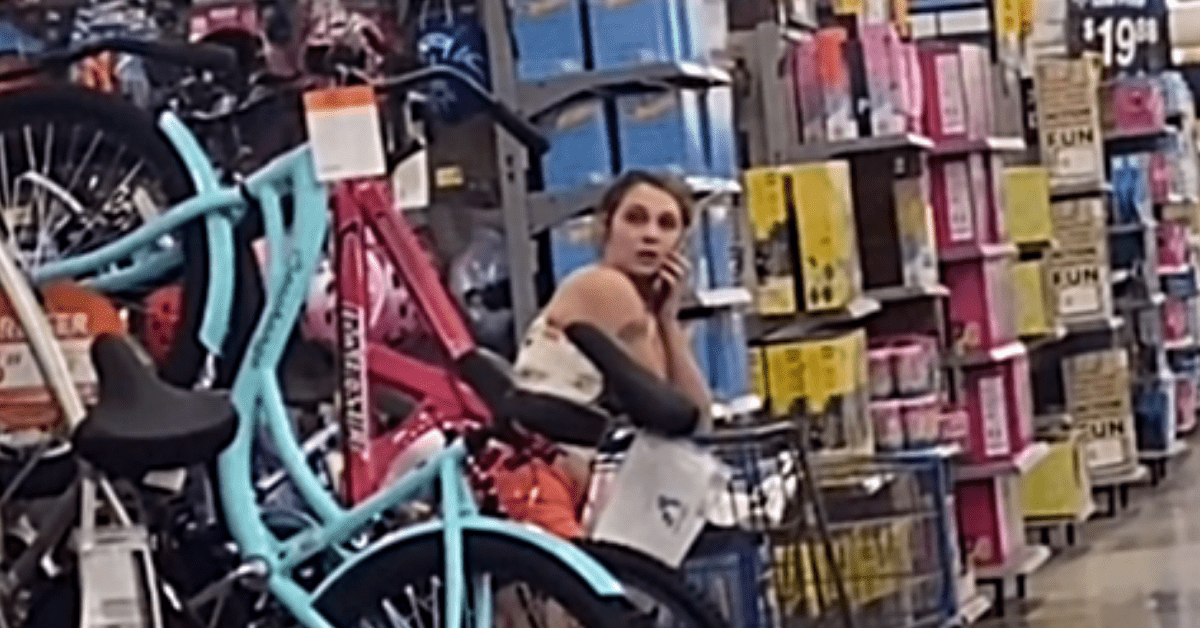 A furious Karen tried her best to fight a minor at Walmart in a video captured on TikTok.

In a clip discovered by Daily Dot, a TikTok user named cadie.mae3 shared footage of a mom laying down the gauntlet for a fight. The video was originally posted on August 25 and has surpassed 5.2 million views.

Although the teenager noted she was a minor in the clip, the Karen didn’t mind the age difference and was ready to scrap.

“Matter of fact, do you wanna go outside?” the woman asked the teen.

After being told the TikTok user was a minor, the Karen doubled down.

The teenager contended she simply offered the woman a leaf and wondered why the situation was escalating. The confrontation became more heated and reached a boiling point when someone pointed out the woman was with her child.

“Her grandma’s outside, so I’ll give her to her grandma and we can go outside and I can go beat yo ass.”

The angry Karen was then asked her age.

While no punches were ever thrown, the argument ended with a parting shot from Karen.