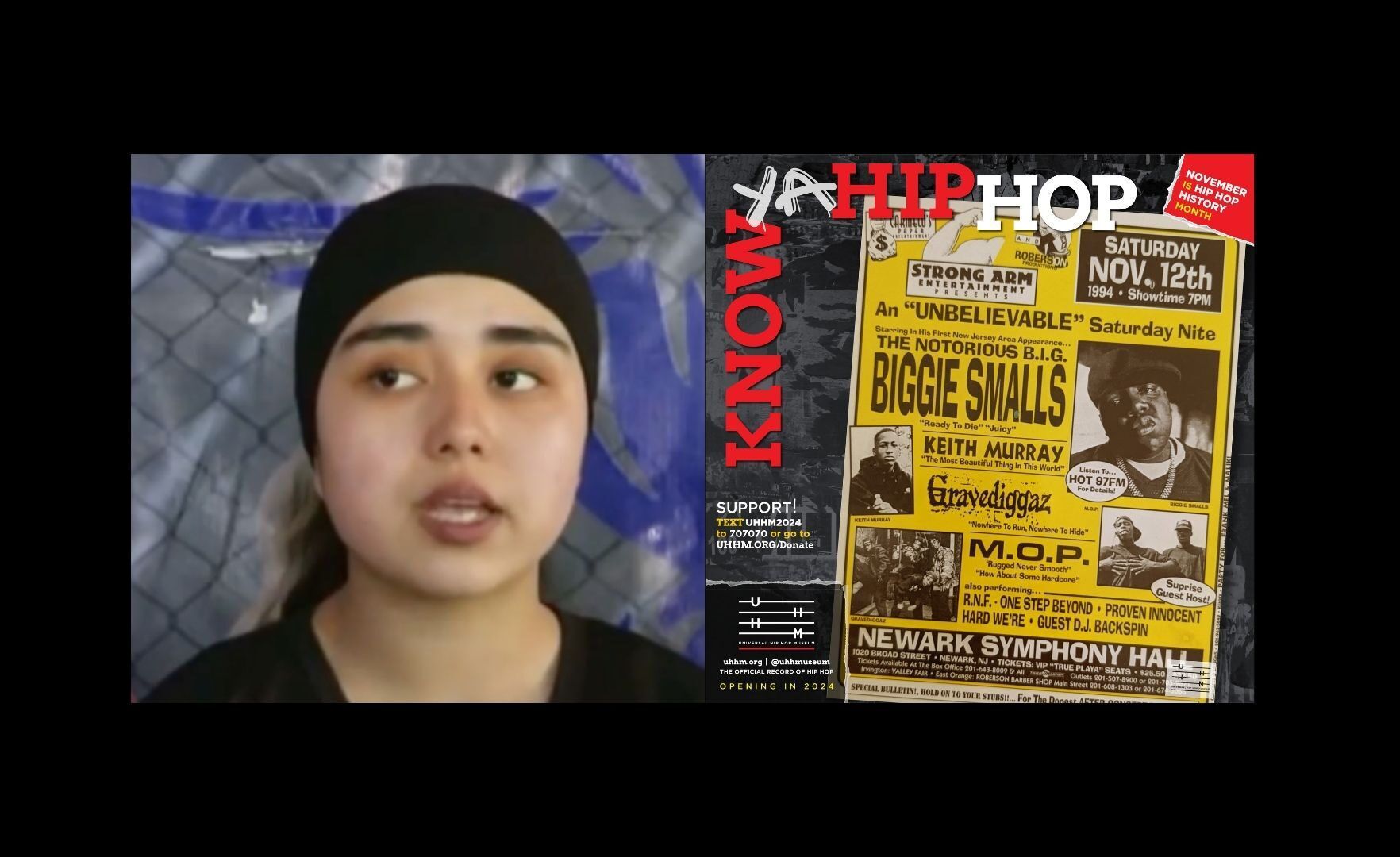 On November 12, 2021, the Universal Hip Hop Museum and AllHipHop.com are set to celebrate Hip Hop History Month by highlighting Afghani B-Girl Manizha Talash and a jam with The Notorious B.I.G., Keith Murray, Gravediggaz, and M.O.P.

Despite being under 20 years old, Manizha Talash deserves to be saluted because in the face of great danger, she practices Hip-Hop as a form of survival, joyful resistance, and defiance. The young woman is the first female breakdancer in  Afghanistan. It is not only illegal to dance in Afghanistan (in 2012 people were beheaded for getting their groove on), but also it is considered against God’s will for a woman to do so. She has received death threats for her dancing. Despite this, she still clings to her goal to one day dance competitively in the Olympics.

*Do not own rights to video*  Video: @almost.co

On Saturday, November 12, 1994, The Notorious B.I.G, Keith Murray, Gravediggaz, and M.O.P. performed at the Newark Symphony Hall in New Jersey. Just a few months earlier, on September 13, Biggie released his debut album “Ready to Die.” The classic album would be ranked by many critics as one of the greatest Hip-Hop albums of all time. Biggie wasn’t the only star at the time. The world was mesmerized by the Def Squad member Keith Murray’s mythological, comical lyrics, M.O.P.’s exciting performances, and the supergroup Gravediggaz that consisted of which brought together Prince Paul from Stetsasonic and De La Soul fame (The Undertaker), Frukwan from Stetsasonic (The Gatekeeper), Too Poetic (The Grym Reaper) and the Wu-Tang Clan’s RZA (The RZArector).

This “Know Ya Hip Hop” Moment has been brought to you by @uhhmuseum.