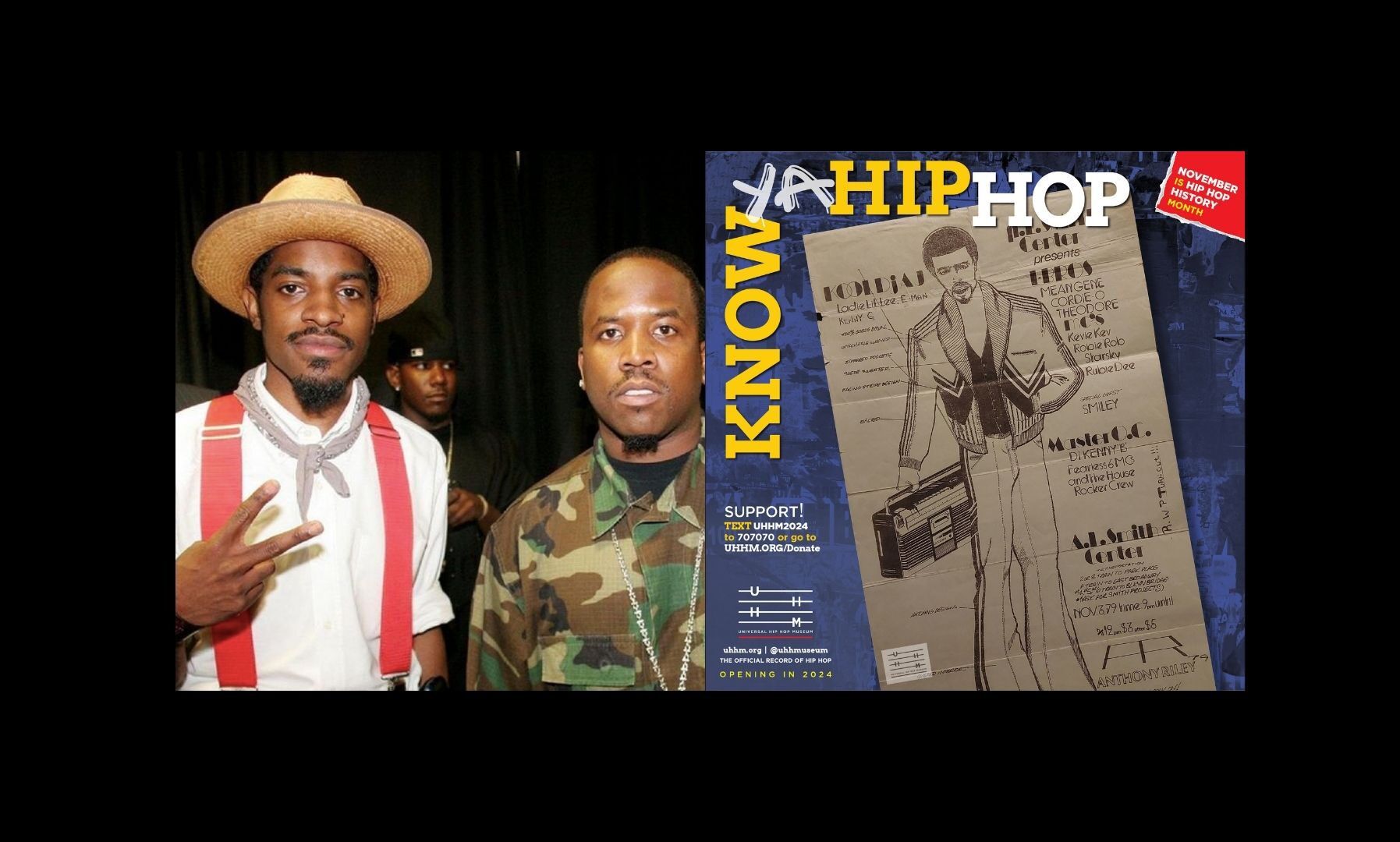 Since 1992, the rap duo Outkast has captivated fans with its eclectic styles and innovative lyrical ability. Composed of André 3000 and Big Boi, this group fused funk, raw Hip-Hop, and their ATLien lifestyles to create some of the most memorable songs of the culture.

The multi-GRAMMY winners’ project Speakerboxxx/The Love Below (2003) is the highest-selling rap album in the history of recorded music. The two have lived up to their goal to ‘The South on the map.’

On November 3, 1979, some of Hip-Hop’s earliest pioneers gathered at the A. L. Smith Centre in New York for three hours of unbridled rap fun. Kool DJ AJ was one of the DJs on the wheels of steel. A cool bit of history is that just one month later, he would help break Kurtis Blow’s monumental “Christmas Rappin’” during his DJ set at the famed Audubon Ballroom. Back then, Hip-Hop was non-existent on commercial airwaves but after DJ AJ performed turntable wizardry with the track, it was playing on the radio the next day.

This “Know Ya History” Moment has been brought to you through the partnership between AllHipHop.com and UHHM. Click here to find out more information about the museum and make a monetary donation for the important work that they do.