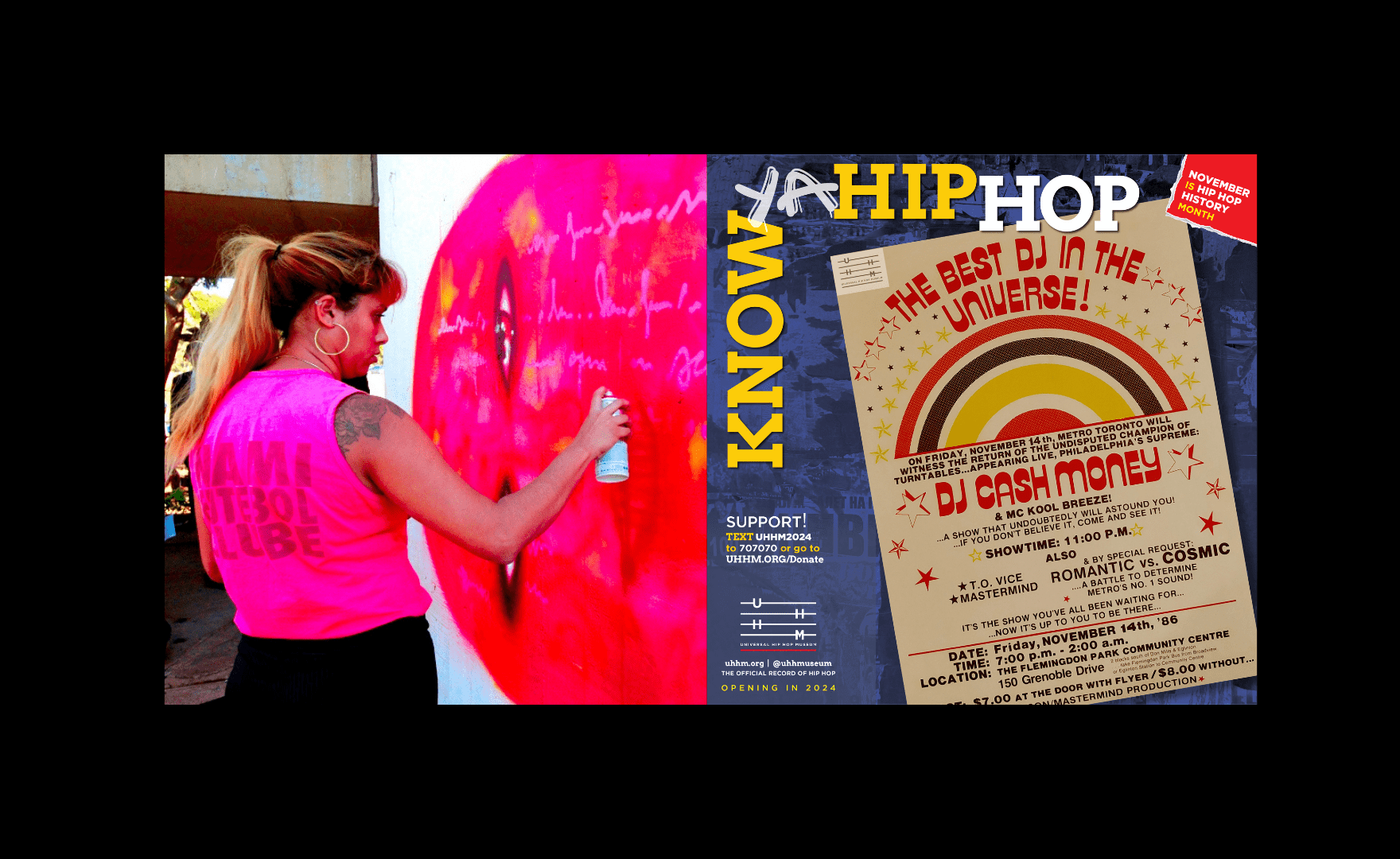 Panmela Castro is considered Brazil’s Queen of graffiti and uses her graffiti to spread awareness of women’s rights in Brazil, specifically domestic violence. A feminist by action, she inspires women of color all over the globe to take action against injustice.

For her advocacy, in 2013, she was listed as one of the World Economic Forum’s Young Global Leaders.

The event was co-produced by Ron Nelson, commonly known as the godfather of Toronto Hip Hop. Nelson was responsible for creating one of Canada’s first Hip Hop radio shows in 1983 called “Fantastic Voyage” which aired until 1988.