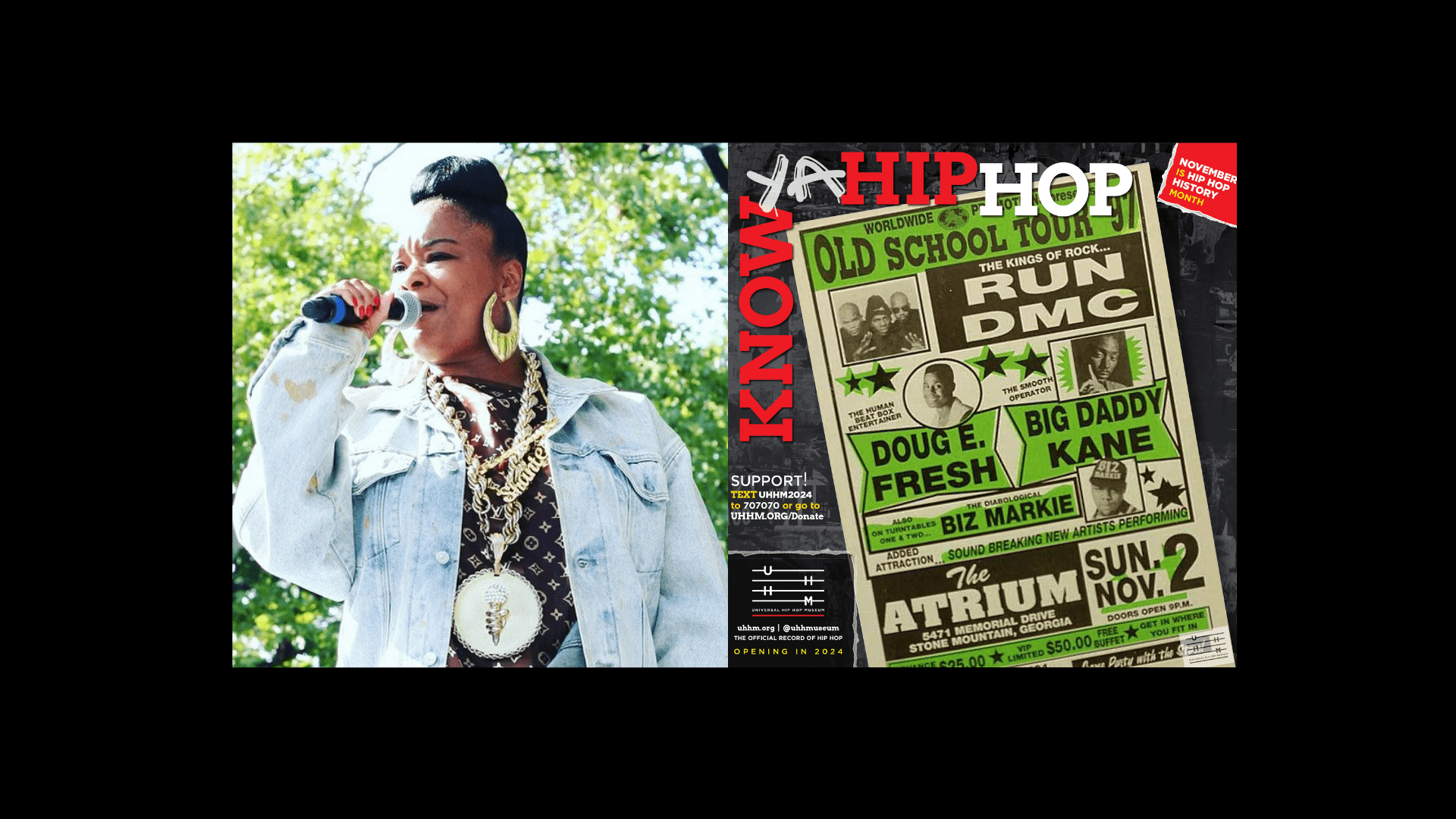 On November 2, 2021, the Universal Hip Hop Museum and AllHipHop.com are set to celebrate Hip Hop History Month by highlighting Roxanne Shanté, one of the most prolific emcees of her generation.

In 1984, a 14-year-old girl named Roxanne Shanté burst onto the Hip-Hop landscape and changed the way that female emcees were seen by the world. Consider the “Mother of the Juice Crew,” who has made history in a number of ways: She is the first female rapper to put a whole collective on in rap history, and her song “Roxanne Revenge” spawned over 100 reaction songs.

In addition to “The Have A Nice Day” rapper, UHHM and AllHipHop.com are sharing with fans a flyer from this day 24 years ago, featuring those fedora-wearing dudes from Hollis.

On Sunday, November 2, 1997, the Old School Tour arrived at the Atrium in Stone Mountain, Georgia. Billed as “The Kings of Rock,” RUN-DMC brought Hip-Hop music into the mainstream, ushering a new street feel in rap music like never before. They were the first group to achieve a gold album with “Run-D.M.C”. (1984), a platinum album with “King of Rock” (1985), and the first multi-platinum Hip-Hop album ever with the chart-topping “Raising Hell” (1986). Hip-Hop legends Doug E. Fresh, Biz Markie (RIP), and Big Daddy Kane also performed with the Rock and Roll Hall of Famers.

This “Know Ya History” Moment has been brought to you through the partnership between AllHipHop.com and UHHM. Click here to find out more information about the museum and make a monetary donation for the important work that they do.