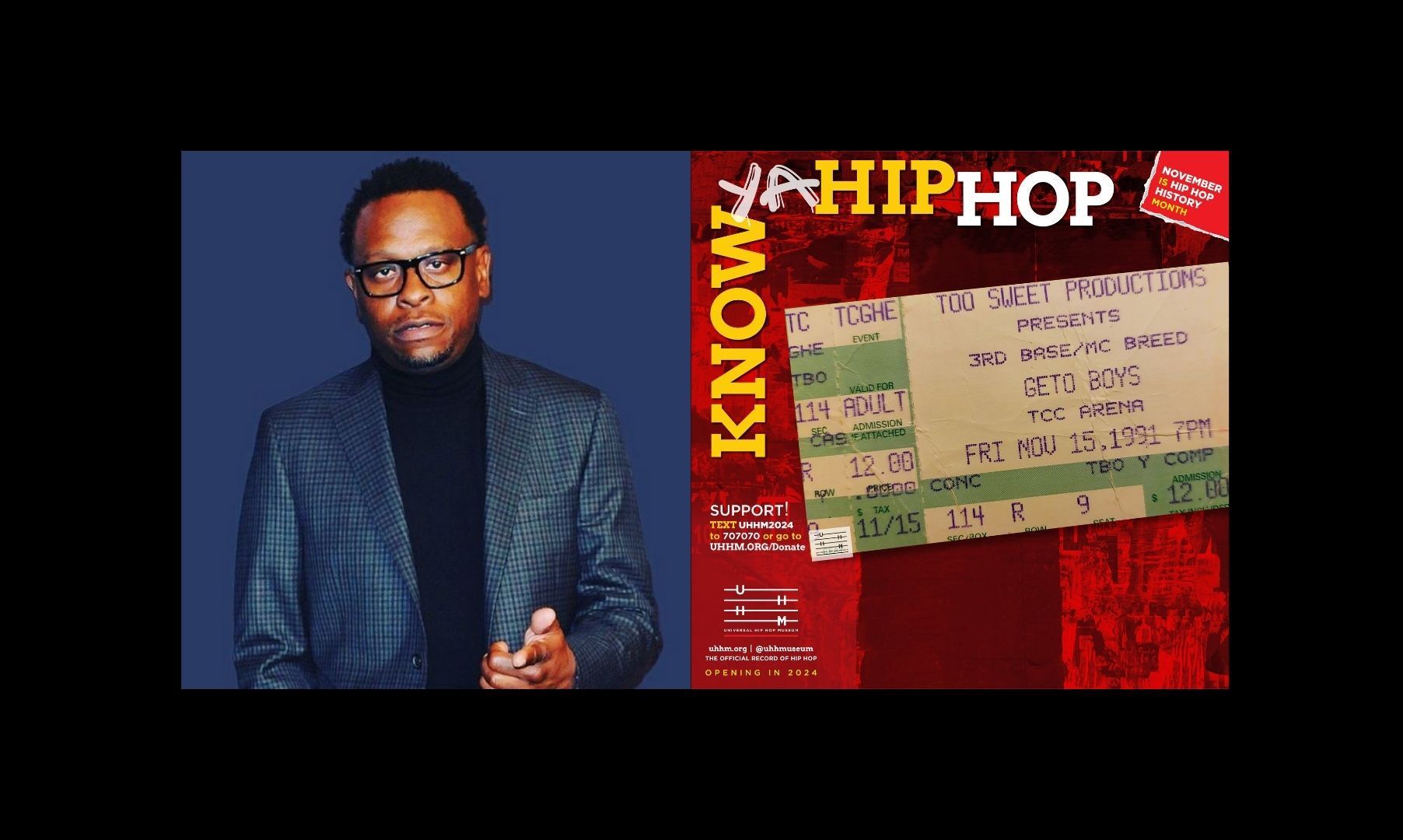 On November 15, 2021, the Universal Hip Hop Museum and AllHipHop.com are set to celebrate Hip Hop History Month by highlighting The Geto Boys and the accomplishments of Scarface, one of their members.

Scarface dropped on the scene in 1989 as a member of the iconic Southern Hip Hop crew the Geto Boys. But this Houston native’s career reaches far beyond his first Rap-A-Lot crew.

His 11 studio album discography (all debuting in Billboard’s top 100). Named as #16 on The Source’s list of the Top 50 Lyricists of All Time, he also has had a distinguished career as a record executive.

He was the first president of Def Jam South. Great music is only one aspect of his iconic career. As a community stakeholder, he has run for office using his celebrity and ideals to change the community.

On Friday, November 15, 1991, the legendary Geto Boys, supported by 3rd Bass and MC Breed, performed at the TCC Arena in Tucson, Arizona.

Just a few months earlier they had released their breakthrough single “Mind Playing Tricks on Me.” The classic track is one of the most insightful songs about mental health and has appeared on numerous “Best Rap Songs” lists over the years.