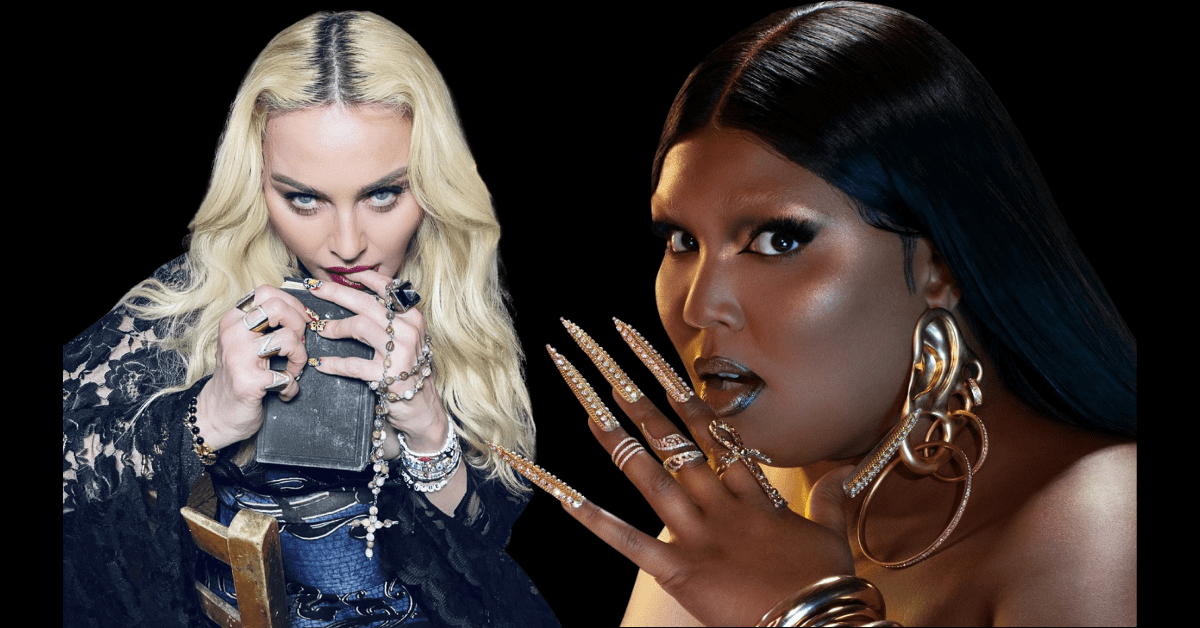 Lizzo took to Twitter yesterday to drop her list of music royalty, crowing her picks of the greatest artists across several genres. First to make the cut was Usher, who took the title King of R&B.

Next, Queen Bey Beyonce, took the top gong with the title “Queen of Music,” amongst a list of names including Michael Jackson, Rihanna, and Mary J Blige.

Although she listed gongs for Pop, Soul, R&B, and Rock & Roll, rappers were left off the list!  This was no sleight from Lizzo though who clarified the absence saying, “Pop is easier to speak on rap got too many variables— I have my opinions tho…. But Ima mind my business”

She continued, acknowledging that the industry is ever-evolving adding, “Obviously there’s a new school coming… but these are the greats. This is the standard.”

However, not everyone was pleased with Lizzo’s selection and Madonna fans were quick to express their outrage! The “Rumors” singer gave the title of Queen of Pop to Janet Jackson which left fans joking that, “You spelled Madonna wrong.”

The full list of music’s crème de la crème is as follows:

Lizzo moved on quickly and shared a series of stunning selfies reminding herself that she’s “the finest b*tch in the universe.”

The self-love posts come after the star had been the victim of bullying from social media trolls and the subject of a barrage of nasty comments.

Fans were in agreement and shared a range of joyful responses with one uplifted fan posting:

Lizzo latest single “Rumors” featuring Cardi B is out now.