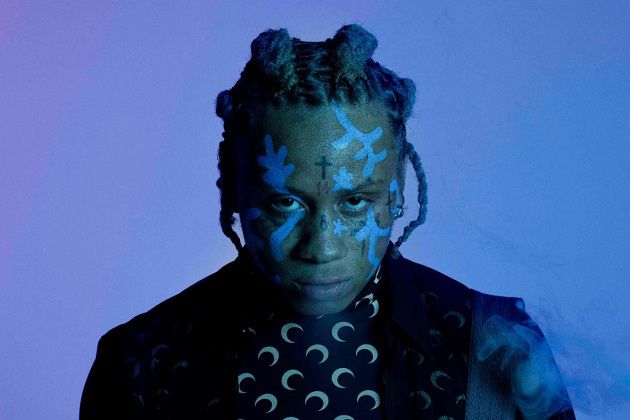 Trippie Redd’s fan base once again ensured the 22-year-old rhymer would land near the top of the Billboard 200 album chart. The Ohio representative’s Trip at Knight was the second-best-selling music project this week.

Trippie Redd also made headlines this week when he added “Betrayal” featuring Drake to the official Trip at Knight tracklist. The song was marred in controversy because it features Drake rapping about his longtime frenemy Kanye West.

“All these fools I’m beefing that I barely know. Forty-five, forty-four, let it go. Ye ain’t changing s### for me, it’s set in stone,” said Drake on “Betrayal.” Those lines address the rumors that Kanye West was waiting to drop his Donda album on the same date as Drake’s forthcoming Certified Lover Boy.

“I’ve just been chilling… enjoying all the energy. Just breathing it all in,” replied Trippie Redd when he was recently asked during an interview with Power 106 about Drake’s bars directed at Kanye West.

This August has also been a good month for Trippie Redd for more than one reason. Redd found out he will not face a criminal assault case in Fulton County, Georgia. The Downfalls High cast member was accused of pistol-whipping a woman, but authorities decided not to prosecute the man born Michael Lamar White.