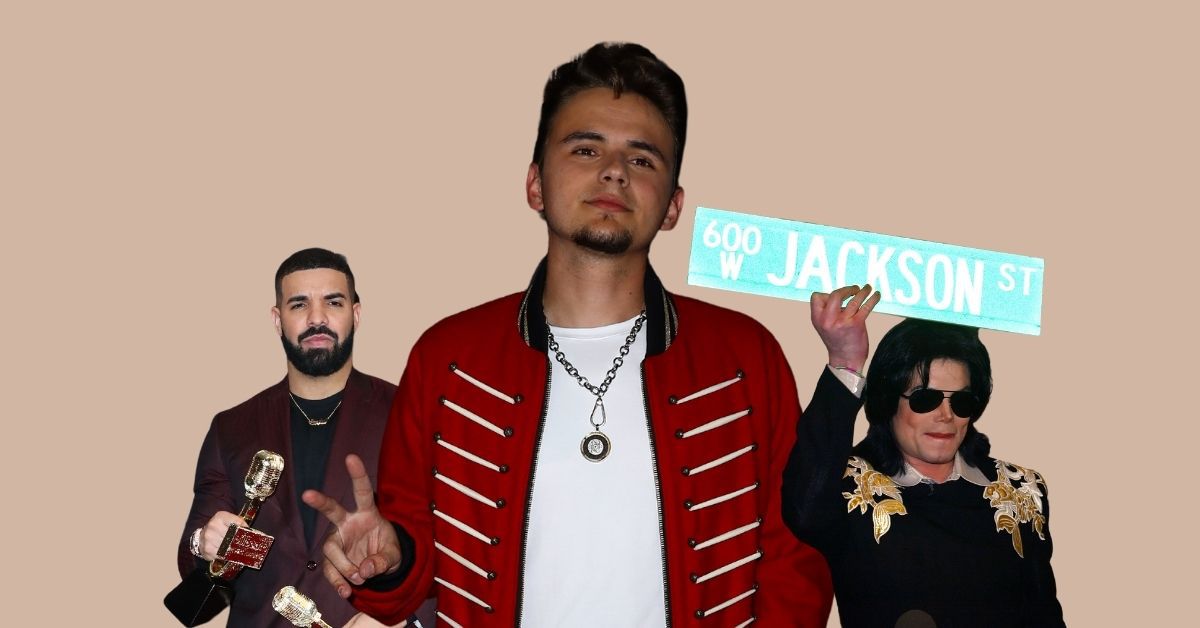 Michael Jackson’s oldest son, Prince Jackson, is very clear that there is no one on his father’s level … regardless of chart accolades and popularity.

And so when someone suggested that Drake was comparable to the King of Pop … well, let’s just say that the young Jackson disagreed.

The Canadian-born rapper Drake topped Michael Jackson’s record for having the most “Billboard Top 10 Hits” on the same album. Jackson held the record since 1983 when his album Thriller dominated the charts for years.

As fans started to compare the two, Prince shared that while he celebrates Drake’s achievements, he will probably never reach his dad’s heights.

During an interview with TooFab, Prince Jackson said, “I mean everybody has their own definition of great, and all respect to Drake and everything that he does … but what my father and my family accomplished, in the time that they did it, is very unlikely to ever be matched again.”

He is not the only one to think it is a huge leap for Drake fans to sit him next to the “Billie Jean” singer.

“There are only 2 artist that we can mildly compare to Michael Jackson. Drake is not one of them,” one Twitter user said.

“Michael Jackson’s work transcends most artists work… including Drake. He’s legendary. With his magical performances, nobody will be able to connect with an audience the way MJ did. Drake is talented but this comparing apples and oranges.”

“YOUTUBE UPDATE! #KingOfPop #MJFam #MichaelJackson VEVO and OFFICIAL CHANNEL both surpassed 10 Billion views. This is an achievement #Drake hasn’t even surpassed yet so when do we stop the comparing?”