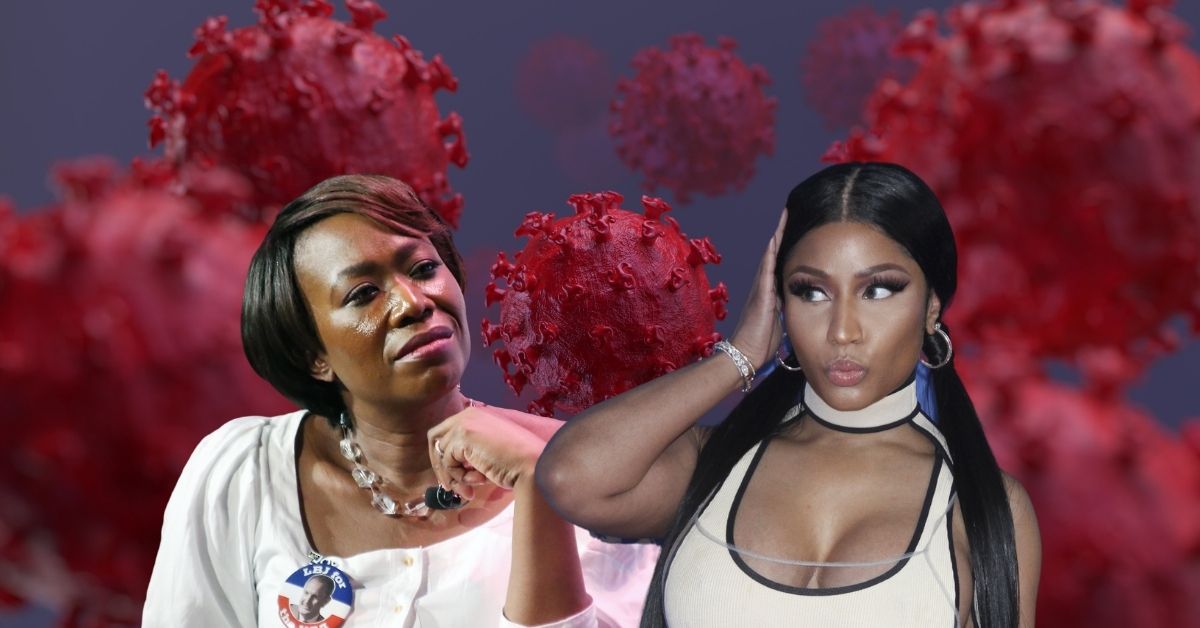 Nicki Minaj had some heated words for MSNBC’s Joy Reid, who called out Nicki for making dubious claims about COVID-19 vaccines.

“This is what happens when you’re so thirsty to down another black woman (by the request of the white man), that you didn’t bother to read all my tweets,” she wrote. “’My God SISTER do better’ imagine getting ur dumb ass on tv a min after a tweet to spread a false narrative about a black woman.”

A few hours later, Nicki continued to lambast Reid. Nicki shared a Twitter screenshot of the TV host questioning the Centers for Disease Control and Prevention as well as the Food and Drug Administration. She also posted a Vox story about Reid making homophobic blog posts.

“A lying homophobic c###,” Nicki wrote. “I guess I can join in the reindeer games too right? Ppl can go on tv & lie on me, I can report on them, too right? Doesn’t have to be truths. It can be half truths. Uncle Tomiana asked who on earth would trust the US FDA guys… @JoyAnnReid.”

Nicki came under fire for her stance on COVID-19 vaccines after revealing she wouldn’t get vaccinated until she had “done enough research.” She then claimed her cousin had a friend who became impotent due to the vaccination.

Reid was among the many people taking issue with Nicki spreading misinformation to her 22.6 million followers on Twitter.

She added, “For you to use your platform to put people in the position of dying from a disease they don’t have to die from, oh my God! As a Hip-Hop fan, as somebody who is your fan, I’m so sad that you did that.”

But Nicki insisted Reid wasn’t telling the full story to MSNBC viewers. After generating controversy, Nicki did concede she will likely get vaccinated to go on tour. In her view, Reid was purposely leaving out that information.

Earlier this evening on “Tucker Carlson Tonight” The Fox News talking head called Nicki Minaj a “savage” for standing up to Joy Reid.

Special guest Candace Owens also applauded Nicki during and appearance on Fox News. Check it out: