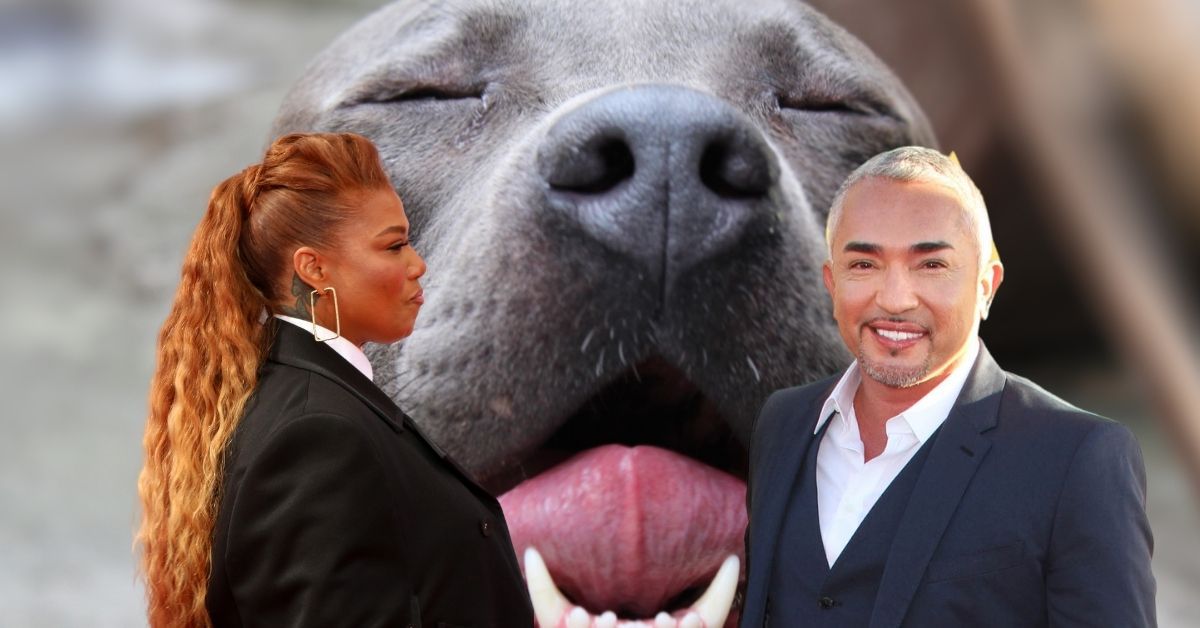 Hollywood calls him the dog whisperer … but it seems like he needs to raise his voice, cause it appears he can’t control his own dog.

According to one woman, Millan not only allowed his personal pet to assault her, but also let the animal kill the dog of Hip-Hop’s first royal monarch, Queen Latifah.

Her name is Lidia Matiss and she now is suing the popular dog coach.

In her lawsuit she alleges that in 2017, Millan’s pitbull Junior bit her, stopping her from competing in tournaments like USA Gymnastics Junior Olympics.

As a young star, she competes at the highest levels.

But that is all gone and she wants that bread that comes from these types of cases, since her dream has been snatched from her.

Matiss further states that he was violent toward other animals, including the “Ladies First” rapper’s dog.

Dana Owens, the rapper’s birth name, brought two of her dogs to Millan’s compound in Santa Clarita in California. In Lidia’s filing, she claims that Millan tried to hide the fact that his dog mauled one of La’s babies by saying the animal was hit by a speeding car.

This “fatal car incident” happened after the Queen was too happy and shared her “first training session” with Millan on Twitter.

Cesar Millan is not shying away from any smoke, saying that she knew she could get bit by the dog.

The young girl, who had a career as a promising gymnast, shared that as a result of Junior’s bite, she is left impaired and unable to work. She is also suggested from physical and emotional trauma caused by Junior, the dog.

According to the Children’s Hospital of Pittsburg, there are 52,000,000 dogs in the United States. The hospital cites the CDC who states, “Approximately 800,000 dog bites each year that require medical attention. Even more amazing is the fact that 334,000 are severe enough to warrant treatment in a hospital.”