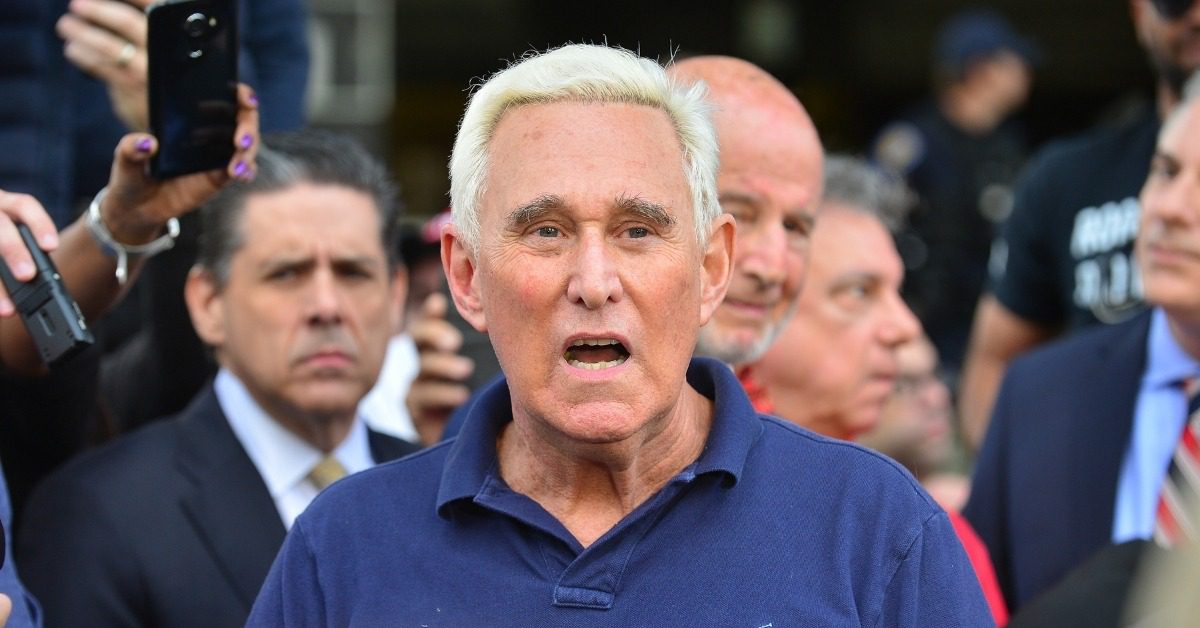 The new Republican party has gathered itself to continue to perpetuate the same old lie about Donald J. Trump winning the 2020 presidential election.

However, this time they bedded this nonsensical rhetoric to a Hip-Hop beat with Roger Stone, one of the MAGA movement’s biggest clowns, who got his b-boy on.

On Saturday, (February 27th), outside of the Conservative Political Action Conference, convicted felon and Trumpian Roger Stone did his best Scoob and Scrap Lova background dancer impersonation for a crowd of “patriots” as Trump-loving rapper Forgiato Blow spit rhymes.

As he coolly did his two-step, in his suspenders, shades, and with his hand in his pocket, Roger Stone seemed to not even care that he is still under investigation for trying to steal the election from the current Biden-Harris administration.

His best move was when he stopped his grandaddy strut and waved his double “V” hand symbol.

The song he got jamming out to celebrated the insurrectionists who raided the nation’s Capitol building on January 6th.

Hate the message and the scummy Stone ways, but his groove was way better than the off-beat bop that his boss used to do.

I know he wanted attention … but the rapper won’t get much. Instead, check out his truck that paints the 74-year-old as the 30 something Rambo.