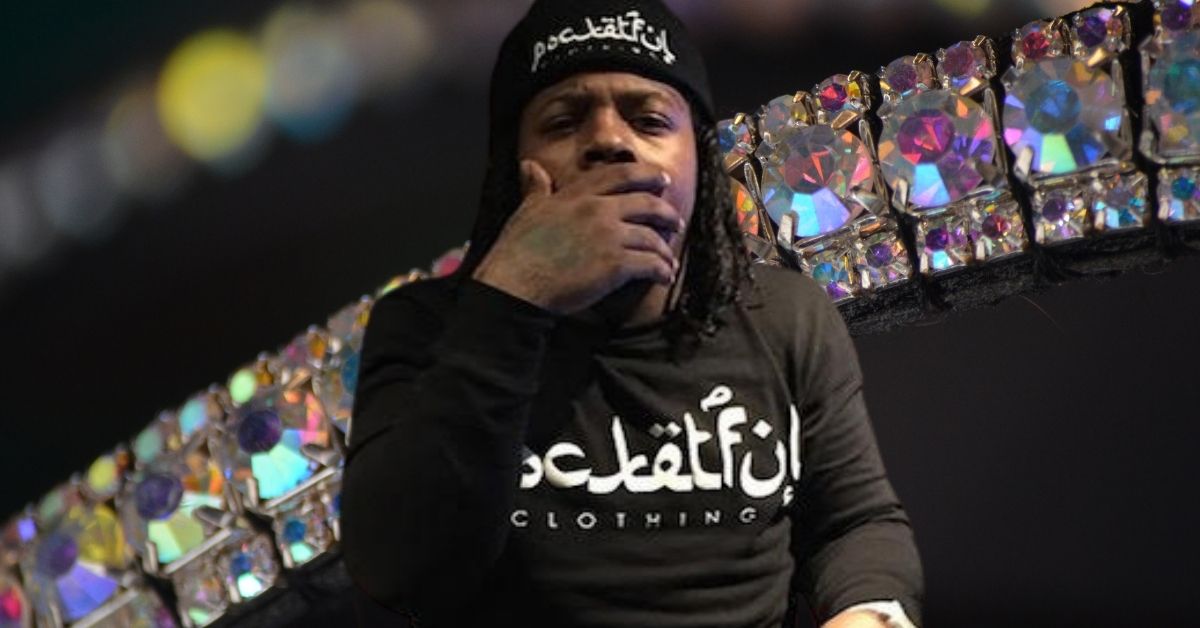 Rapper Rowdy Rebel may have lost six years in prison, but he never lost a step when it came to his jewelry game.

Rowdy, real name Chad Marshall, served the lengthy amount of time in prison, after pleading guilty to one count of third-degree conspiracy and one count of weapons possession to get a lighter sentence, along with Bobby Shmurder and 13 other members of the GS9 collective.

Rowdy was released to open arms and embraced by the Hip-Hop community in December of 2020. He jumped back into his first-love – making Hip-Hop – and his other passion, collecting expensive jewelry.

As soon as he touched down, rapper Young Thug gifted Rowdy two iced-out chains to add to his collection of pricey jewels and that was just the tip of the “ice” berg.

Rowdy showed off his collection during a sit down with GQ’s series, “On the Rocks.”

The bulk of Rowdy’s new collection was handcrafted by Eric The Jeweler, who made the rap star two customized rose gold and white gold pinky rings, which cost $15,000 each.

Next up, Rowdy showed off his four iced-out watches, one of which cost $60,000, his $10,000 Cartier sunglasses, and the two diamond chains gifted to him by Thugger Thugger.

Rowdy also flossed with his massive glow-in-the-dark demon pendant, which was designed by his son. The piece is flush with 50 carats of diamonds and 400 grams of gold -worth over $100,000.

One thing Bobby and Rowdy are not doing is rushing, now that they are finally back on the streets. According to Rowdy, the pair are still figuring out who they want to work with as they gear up to release new music in 2021.

“So now that we back, we don’t wanna rush things out there. We still wanna know who we working with,” Rowdy Rebel explained. “We still learning the people around us. We still don’t know how to trust. Who to give our music to, who to have around. It’s a lot man.”