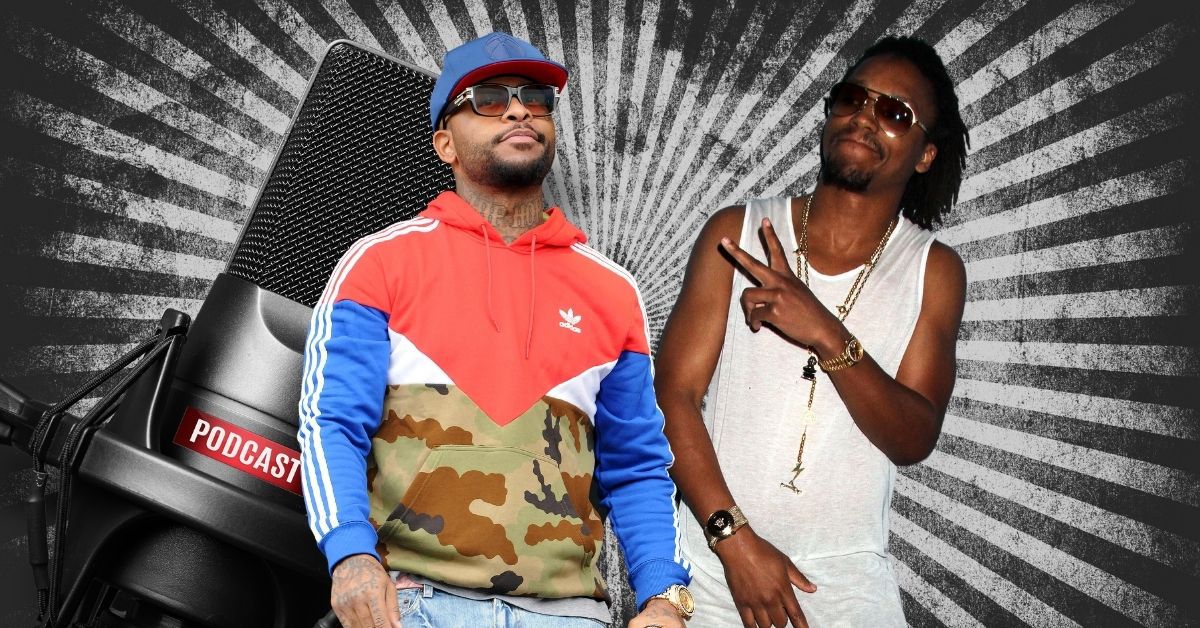 To many a fan’s dismay, the Royce Da 5 ‘9 and Lupe Fiasco podcast has ended, culminating its run with the two at each other’s neck in conflict.

When the two launched The Lupe & Royce Show in October, they were friends and seem to have the perfect chemistry.

Described as “half conversation between friends, half interview show, and 100% weird,” they took all the wisdom and excitement they brought to Clubhouse as influencers and created something that Hip-Hop heads really enjoyed.

But after last week, when the duo both dropped diss tracks about each other there has been a terrible rip in their relationships.

Both Lupe and Royce are huge battle rap fans and many of the artists are not only fans of theirs but are cool with them.

While Royce was on his Instagram Live with occasional battler and 24 hour-rapper Mickey Facts, they plugged Lupe in to talk about battling Royce on the Ultimate Rap League’s platform after Murda Mook and Loaded Lux were arguing over who would win a battle between the two show hosts.

He followed up with, “I don’t want to do URL. Beasley for some reason feels that I have a bone to pick with URL. So, he keeps backdooring and throwing numbers … throw s### to Mickey … and I am like ‘Look, man. I am not really interested.

Royce chimed in and said that he wasn’t pushing any buttons, reminding him that Lux and Mook called him.

That’s when it started to get scary. Lupe went on to say that he didn’t want to do this, but if the Slaughter-House artist wanted to make a “professional fool” of himself is willing to oblige.

Lupe jumped out with one of the first jabs.

Then Royce broke it down for the audience.

Here are two of the first full diss records: “Silence of The Lambda” by Royce da 5’9 vs. “Steve Jobs” by Lupe Fiasco.

After a week full of back and forth, it seems that the show is a wrap. The GRAMMY Award-winning Chicago artist took to his Instagram Live and shared, “I think [“The Lupe & Royce Show”] is done. It’s not something that my heart was 100 percent in the podcast, and I think we just reached the state now where it’s an untenable relationship, so I appreciate the last episode went up today. I think sometimes it’s good to just go out on
top.

“It’s not something that’s done out of ill will. This is something that’s kind of been building for a little bit. And again, my heart wasn’t 100 percent in the podcast with Royce, without Royce, by myself on my own.”

The exchange seemed lukewarm. Could be a setup for an actual battle. Ayyye Yooo, Smack!!!! Set this up.