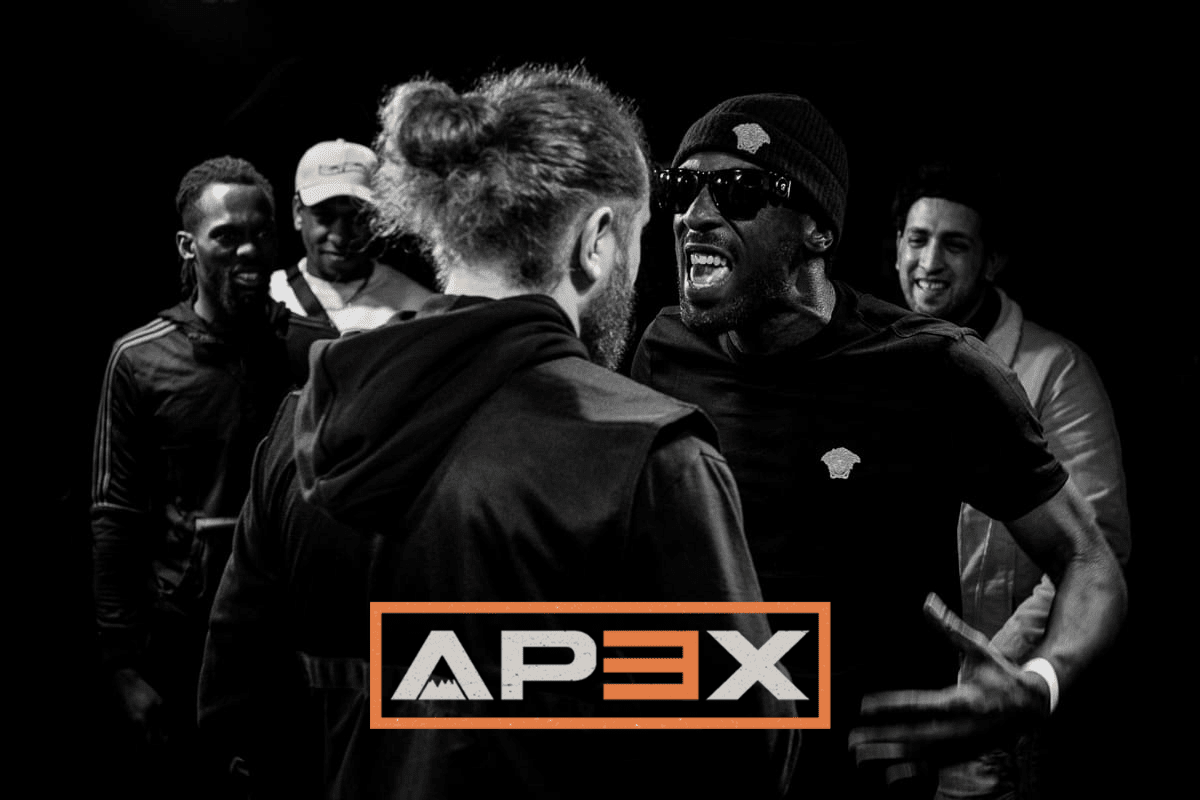 During the height of the pandemic, the U.K Battle Rap scene, crippled by COVID-19 restrictions, struggled to stay afloat. Suffering some of the tightest social distancing guidelines, events, even small-scale ones, were banned for about a year.

However, the bleak times are over. Restrictions have eased in the last few months allowing events with ever-increasing crowds. This weekend, Premier Battles held the U.K’s first big-stage event since 2018, and what a return it was!

The crowd assembled at the Rebellion in Manchester on Saturday, Oct. 23 for AP3X – a card that looked great on paper and proved incredible in the building. Battle Rap legend Shotty Horroh was in league owner-mode throughout, co-hosting, even selecting battler’s “ring-walk” music.

The crowd went crazy when the co-owner, Bison Briggz, U.K Battle Rap royalty, announced a surprise battle. The revelation that two of the scene’s most promising newcomers, Slester and MOAK were battling added to the anticipation of the already stacked card.

Kicking off the event was the battle between exciting newcomer, Crow and Sam Hypes, who’s been putting in work on Premier Battles all year. The battle was a really close fight, Sam showed he’s elevating every battle producing an intense performance barking aggressively on his opponent consistently in all three rounds.

Crow handled his league debut with a level of experience that belies the fact he’s only had 3 prior battles, showing he’s already a problem with his witty wordplay and intricate rapping ability.

Next up was UK veterans, Bowski vs. the former PB champion Matter; two incredibly entertaining battlers with the power to effectively use humor to rock the building. And boy did they rock it!

They had the crowd roaring with laughter as they dissed each other in a close back and forth. Though it’s a battle that could have happened years ago, both are now at a peak in their careers, and it proved worth the wait!

Then came the style clash between the PB Academy Tournament winner, Scotland’s Slester, and MOAK, the talented poet and rapper from London. Slester was up first and showed he’s been honing his techniques since his days in the Academy. His comedic timing was perfect, his poise…impeccable, and his insults…withering.

MOAK (yes, it’s all caps and it’s “MOAK” not “MO-AK” to paraphrase his slogan) needed to bring something special out of the bag to stand any chance of making it a debatable battle. He quickly won the crowd with his rapid punching proving he was ready for the fight! Between jabs, he landed a haymaker leaving Slester to finish the battle with a new nickname!

Premier Battles’ first-ever champion, Rivers took on Scotland’s MacKenzie in a rollercoaster of a battle. Londoner Rivers started strong, displaying the surgical style that makes him so deadly. That is until he cut his first-round short making MacKenzie’s intense first-round look even more effective than it already was. The experienced Scot clowned Rivers effectively in the opener to his second-round, shaking the room to finish the round on a high.

However, the South Londoner was not done yet, delivering an electrifying second that the audience was calling “Round Of The Year.” The fight was far from over and the pair left everything in the ring to finish an incredible battle that will spark conversation when it drops due to the controversial subject matter.

Highly skilled veteran battler, Cojay was up against Londoner Georgie Roots, currently occupying one of the top spots among the U.K’s new crop. There was gritty energy to this one from the offset, mainly due to the spicy faceoff between the pair the week prior. The battle lived up to the anticipation as they went at each other from all angles.

The experienced Cojay had a near-flawless first round that electrified the crowd and Roots delivered a steady dose of real talk in the third. The two were embroiled in a conversation that got a little personal in some places and kept the crowd engaged the whole time.

Finally came the eventual “Battle Of The Night,” the two-on-two headliner. Shufflo – Shuffle-T and Marlo – the de facto U.K two-on-two champions were favorites going in. Their opposition, Raptor and Bobby Rex – Scapegoats – two of the U.K’s most-respected and most-dangerous battlers individually were battling as a duo for the first time. Whether they would get the chemistry right wasn’t up for discussion. Whether they could be good enough on their first time out to compete with the incredibly hard-to-beat Shufflo was a different story.

The result was an epic display of everything you want from a two-on-two. The levels of rapping ability, rhyming, crowd-control, and synchronization on display were exactly what you would expect from Shufflo, credited as being one of the best pairings in the world. The fact that Scapegoats rose to the level of their opponents, and maybe even surpassed it (according to Shufflo’s post-battle interview) says everything you need to know about the classic battle.

Premier Battle’s AP3X proved to be an incredible event, one that displayed the U.K battle scene is alive and well. The momentum created during the rebuild is only going to increase, bringing increasingly exciting battles.

Click here to order the VOD to watch all of the battles from the AP3X card.