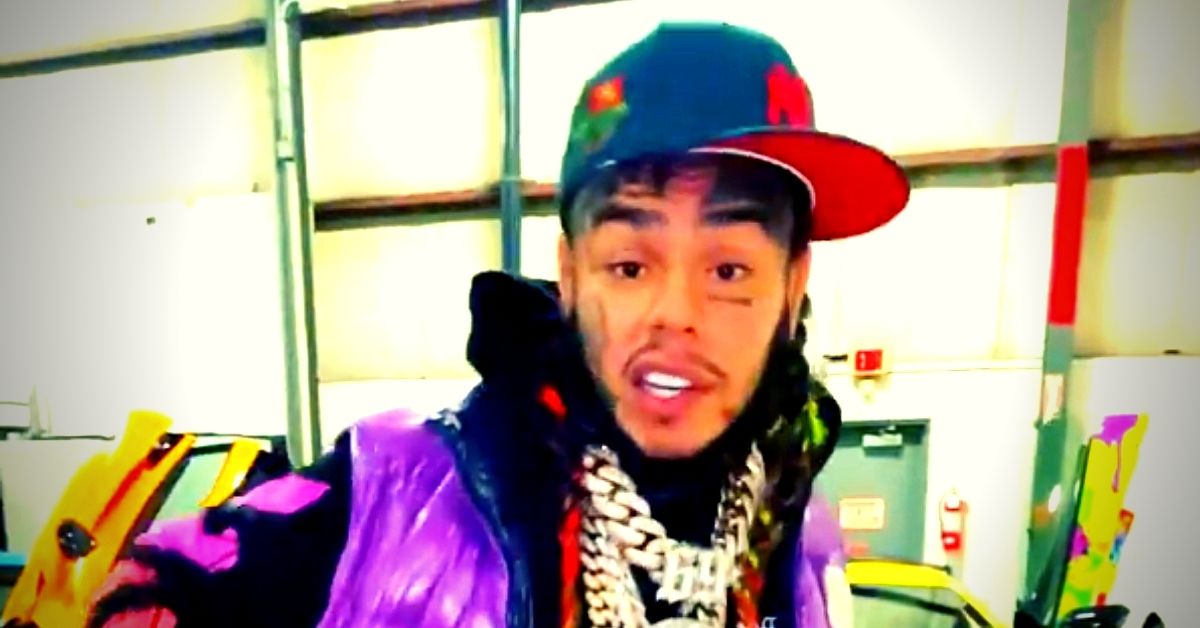 Trouble seems to follow rapper Tekashi 69 wherever he goes.

In a new video that has gone viral, the New York rapper appears to have gotten into a scuffle at a mall.

Clothes are scattered all over the floor in the background of the unidentified store, which appears to be a JCPenney’s or a Macy’s department store.

The rapper, who has been bragging that he travels without security, confirmed he was in a fight during a chat on Clubhouse with his new buddy, Wack 100.

Tekashi 69 is still on probation after getting caught up in a racketeering trial with the Nine Trey Gangsta Bloods.

Tekashi 69 was freed from prison early in April of 2020, after cooperating with the government and testifying against his former gang associates.

He served a little under two years for drug dealing, assaults, and causing a wave of violence around New York with the Nine Trey Gangsta Bloods.

He didn’t seem to be concerned about violating the terms of his five-year probation, as he chatted up the incident on Clubhouse.

Since his release, Tekashi 69, who has a net worth of $20 million, has been involved in several high-profile incidents.

In one incident, Tekashi 69’s friend beat up a man outside of a paintball range in Florida.

The “Tattletale” rapper also rolled up on Meek Mill in a parking garage, tried to fight with boxer Geronta Davis, and he almost came to blows in a Miami restaurant with another man who tried to videotape him.