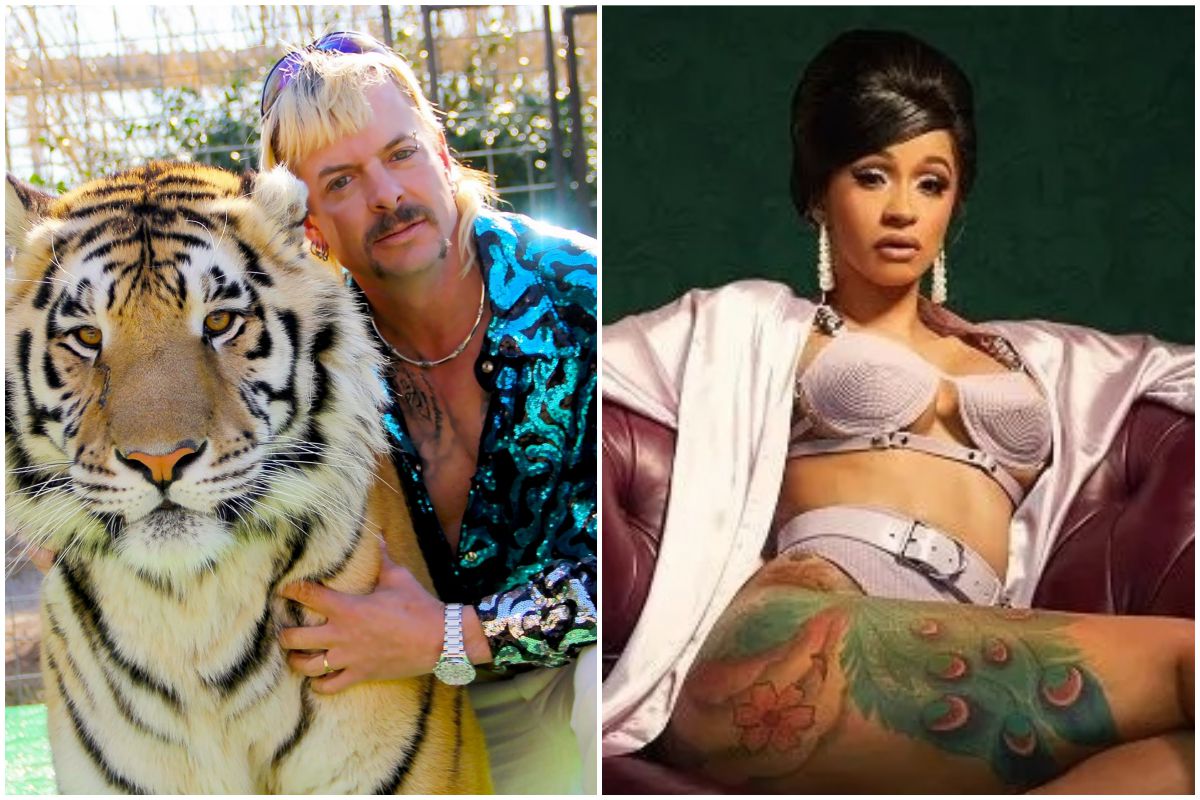 During the early months of the COVID-19 pandemic in 2020, many Netflix users escaped the fear and uncertainty of rising coronavirus cases by binge-watching the captivating Tiger King: Murder, Mayhem, and Madness docuseries.

Joseph “Joe Exotic” Maldonado-Passage was the breakout star of Tiger King. Cardi B even confessed to being a “stan” of Joe Exotic before turning on the incarcerated ex-zookeeper because Exotic once argued he should be able to use the “n-word.”

Apparently, Cardi B’s change of heart did not stop Joe Exotic or his representatives from reaching out to the Invasion of Privacy album creator on social media. On October 21, the unverified @joe_exotic Twitter account pleaded to Cardi for help.

“@iamcardib when you see the truth in Tiger King 2, I need you to rally everyone together to be my voice of #freedom,” posted @joe_exotic. That tweet included a photo of a hand-written note apparently from the real Joe Exotic.

In response, Cardi B quote-tweeted that message. The Bronx-raised rapper added, “Wait, is this the real Tiger King?” Netflix’s official Twitter account replied, “Do they… have Twitter in prison? Genuinely asking 🙃.”

Then someone claiming to be Joe Exotic’s lawyer jumped into the online conversation. John M. Phillips tweeted to Cardi B, “I represent Joe. He heard about your message from prison. I’d love to put you two together on a phone call next week.”

Four hours later, Phillips added, “I can’t even imagine facilitating the call between @iamcardib and @joe_exotic. That collaboration may make the world explode. Here kitty kitty (the WAP remix) is so 2022. Cardi, I can probably get you on a call with Joe next week. He’s grateful for you taking on Carole early.”

Carole Baskin & Cardi B Clashed Over “WAP” & A Missing Husband

Cardi B also got into a back-and-forth with Joe Exotic’s archenemy Carole Baskin. The self-described big cat rights activist called out Cardi’s “WAP” music video for supposedly glamorizing “the idea of rich people having tigers as pets.”

That criticism led to Cardi B clapping back at Carole Baskin in an interview. The Grammy winner brought up the rumors that Baskin allegedly killed her husband, Don Lewis, by feeding him to the animals at her Big Cat Rescue sanctuary.

“I’m not gonna engage with Carole Baskin on that,” said Cardi B at the time. “Like, that’s just ridiculous you know? Oh, Lord. Like, girl, you killed your g###### husband.” Baskin denies any involvement in Don Lewis going missing.

Joe Exotic was sentenced to 22 years in prison after a federal jury found him guilty of hiring a hitman to murder Carole Baskin, falsifying wildlife records, and violating the Endangered Species Act. He was accused of personally shooting and killing five tigers in 2017.

With Joe Exotic behind bars and Carole Baskin closing in on ownership of his disreputable zoo, the Emmy-nominated saga continues its twisted course with Tiger King 2 as newfound revelations emerge on the motivations, backstories, and secrets of America’s most notorious big cat owners. Old enemies and frenemies, including Jeff Lowe, Tim Stark, Allen Glover, and James Garretson return for another season of murder, mayhem, and madness. Thought you knew the whole story? Just you wait.