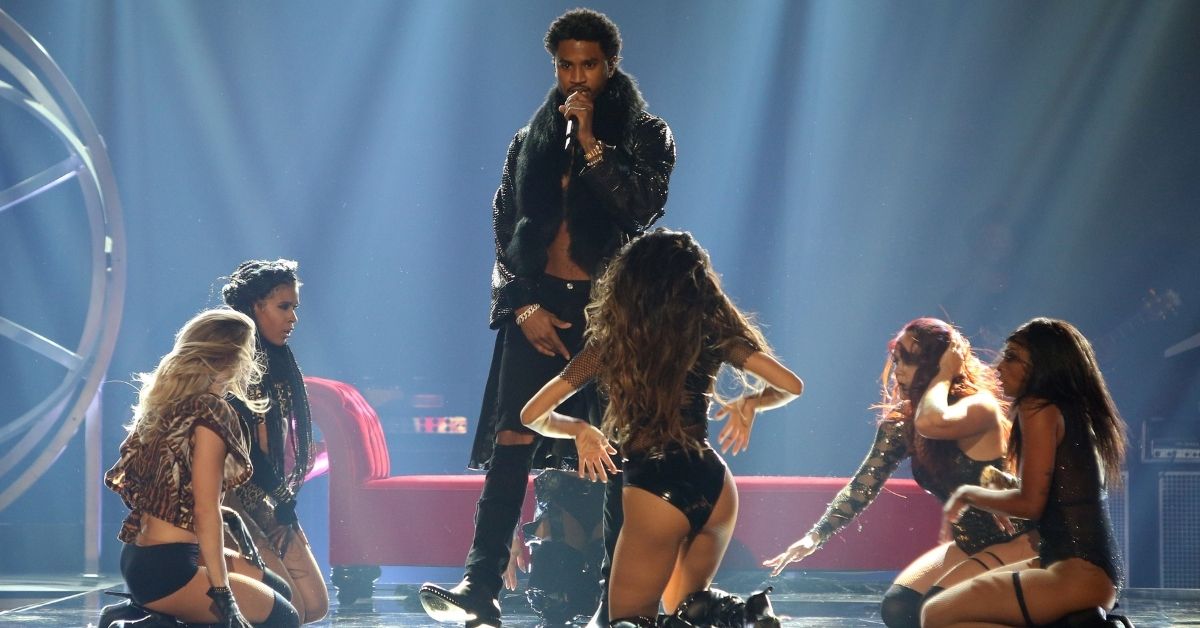 Trey Songz is back in the headlines again, and it is for the wrong reason, depending on your point of view.

A 13-second clip of the notorious R&B singer is making its rounds on the internet. In the video, two women can be seen kneeling in front of a shirtless Trey Songz’s crotch.

This video of #TreySongz spitting in two female’s mouths has gone viral 🤮🤮🤮 pic.twitter.com/dsU5rQAzBE

The shocking, and disgusting part of the video comes when Trey bends over and spits into each woman’s mouth.

Right now, the purpose of the video is unclear.

It could be from a new video he is shooting, for his OnlyFans account, or some other kind of sexually charged project.

Either way, the clip has the internet talking.

#TreySongz spitting in people mouth lol THAT MAN IS A FREAK 😭😭

#TreySongz out Here spitting in mouths in the middle of a panoramic and women sharing it pic.twitter.com/l1jSk7VlFb

#TreySongz out here spitting in ppl mouths during the pandemic 🤦🏾‍♂️ pic.twitter.com/trloDmhmjx

Trey songz out here spitting in these women mouth during a Peter griffin 😩 #TreySongz pic.twitter.com/ojNOGua2o3

The last time Trey popped up in a video that went viral was in January, during the Kansas City Chiefs’ matchup against the Buffalo Bills, when he was arrested for fighting with a police officer.

Trey Songz’ degrading behavior towards the women probably won’t hurt his reputation, since he’s known for being a freaky playboy.

Trey is the latest artist with a thing for spitting in his fans’ mouths.

Earlier this month, London rapper Slowthai promised he would stop depositing his saliva into his fans’ mouths during live shows, so he doesn’t spread the coronavirus.