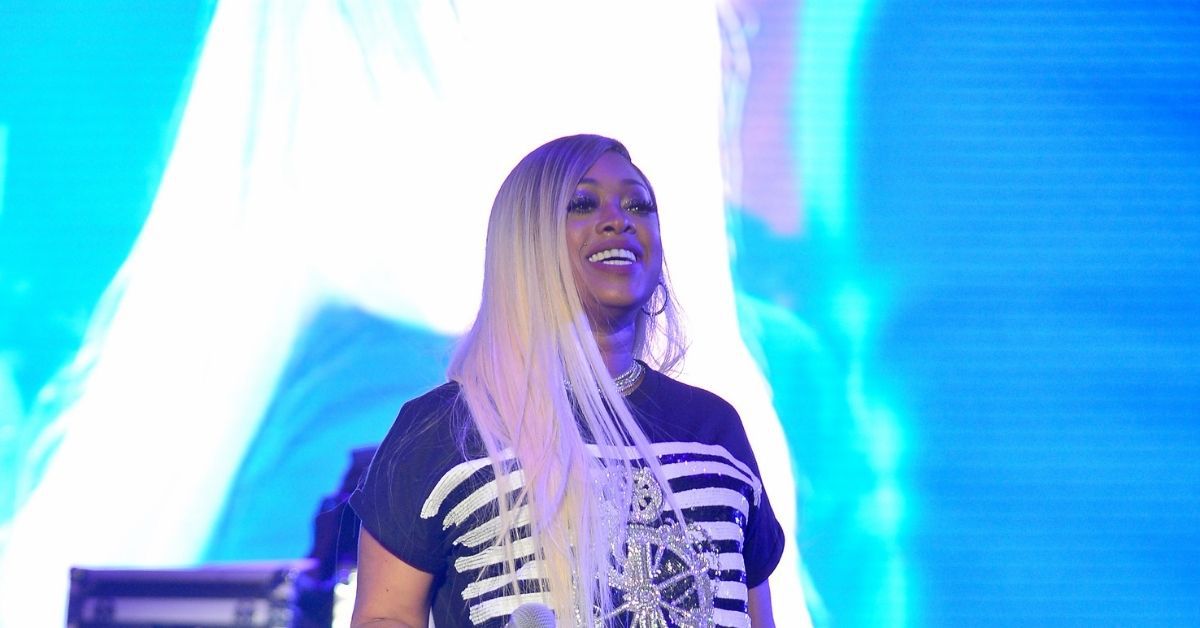 Welp, guess my cousin Jason is @##ed out!

And while we mend his delusional broken heart, we celebrate Miami rapper Trina’s engagement.

We found out this tidbit of news after she shared it with Health & Wellness guru Coach Stormy Wellington over FaceTime during a meditation session.

For the most part, fans were only privy to hear the “Nann N####” artist’s voice, but once she flipped the screen, we were blinded by her joy. We don’t know what is shining brighter: her smile or that ring!

One of Hip-Hop’s original sex kittens and the “baddest b###” in the game was posted on her friend @girlholdmyhand’s Instagram and the two giggled like school girls.

Everyone is super glad that the ASCAP Award winner has found love.

She has brought us on her unlucky-in-love journey over the years. We watched her with rapper Lil Wayne from 2005 to 2007, baller Kenyon Martin from 2007 to 2010, and later with rapper French Montana from 2012 to 2014. She even dated Tory Lanez for awhile.

Now we see her on “Love and Hip Hop Miami.”

Fans are also happy for her! Well, some of them.

“Trina engaged and I don’t know what to do now”

While you won’t be able to take her, you can see her on the upcoming Legendz of the Streetz tour.

As reported by AllHipHop.com, she will be touring with Jezzy, Gucci Mane, Boosie Badazz, Lil Kim, Fabolous, Rick Ross, and 2 Chainz this fall.

We wish her all the luck and will give Cousin Jason and so many men out in Rapland tissue for their tears.